Debt may be hazardous to your mental health 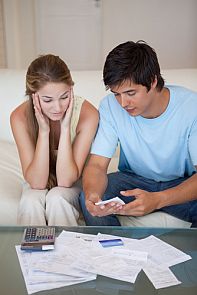 Drowning in debt may impact the mental, as well as the physical, health of young Americans, according to a new study.

The study from researchers at Northwestern University found that carrying a lot of debt is associated with higher diastolic blood pressure and poorer self-reported general and mental health in young adults.

“We now live in a debt-fueled economy,” said Elizabeth Sweet, Ph.D., an assistant professor at Northwestern’s Feinberg School of Medicine and a faculty associate of Cells to

Society (C2S): The Center on Social Disparities and Health at the Institute for Policy Research, and lead author of the study.

“Since the 1980s American household debt has tripled. It’s important to understand the health consequences associated with debt.”

Researchers used data from the National Longitudinal Study of Adolescent Health to analyze the association between debt and psychological and general health in 8,400 young adults between the ages of 24 and 32.

While previous studies found evidence that debt is associated with adverse psychological health, this is the first study to look at physical health as well, the researchers note.

“You wouldn’t necessarily expect to see associations between debt and physical health in people who are so young,” Sweet said. “We need to be aware of this association and understand it better. Our study is just a first peek at how debt may impact physical health.”

For the study, debt was measured in two ways. Participants were asked to assess their debt-to-asset ratio by answering this question: “Suppose you and others in your household were to sell all of your major possessions — including your home — turn all of your investments and other assets into cash, and pay off all of your debts. Would you have something left over, break even or be in debt?”

Perceived stress, depressive symptoms and general health were measured through a series of questions. Both systolic and diastolic blood pressures were measured by a field interviewer.

The study was published in Social Science and Medicine.