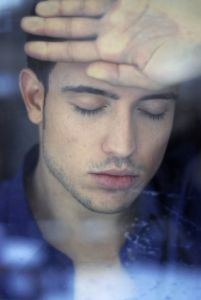 While schizophrenia is a well-known mental health condition, scientists have observed that accelerated biological aging often accompanies the disorder.

A new study funded by a $4 million grant from the National Institute of Mental Health (NIMH) will investigate why individuals diagnosed with schizophrenia also suffer a wide range of physiological changes.

“Schizophrenia is one of the most serious, challenging, and disabling mental illnesses,” said principal investigator Dilip V. Jeste, M.D., at UC San Diego School of Medicine.

Characterized by symptoms such as delusions, loss of touch with reality and social withdrawal, this chronic condition has become one of the leading causes of disability and premature mortality in the world. In the United States alone, the overall annual cost of schizophrenia is estimated to be more than $60 billion.

Physicians, mental health specialists and scientists have long observed that schizophrenia is more than a brain disease as it also affects a wide range of physical functions and presents rapid biological aging.

Prior studies have suggested that physiological changes seen throughout the body occur at an earlier age in people with schizophrenia. For example, young adults suffering from this mental condition are prone to diseases associated with growing older, such as diabetes and cardiovascular problems.

“Even though schizophrenia has been associated with a higher risk for suicide, two-thirds of the excess deaths in patients suffering from this mental illness are from other causes,” said Jeste. “The lifespan of patients with schizophrenia is usually 20 to 25 years shorter than those of unaffected individuals.”

The new study will directly examine biological aging in schizophrenia by using a battery of psychiatric and medical interviews, as well as several state-of-the-art laboratory techniques. Over the course of five years, the team will annually follow more than 250 subjects, aged 26 to 65 years.

The reason for the decrease in average lifespan in people with schizophrenia has long remained a mystery. As mental care and medical care has improved for individuals with schizophrenia, an earlier argument linking poor access to treatment to decreased life span and premature aging is now believed to be outdated.

Now, many scientists suspect that there may be other, more fundamental factors involved – factors that investigators hope to uncover with the newly funded study.

“Often studies lacked the longitudinal approach that involves repeated observations over long periods of time,” said Jeste. “In addition, there was an insufficient understanding of the biology and neuroscience underlying the condition at the time of these studies.”

The last study involves measuring the length of telomeres — regions of DNA that protect the ends of chromosomes from deterioration and have been linked to longevity. In addition, researchers will investigate the effects of factors related to chronicity of schizophrenia, such as cumulative effects of medication.

“Up to one percent of adults are affected by schizophrenia. By providing new insights into the mechanisms of the disease, our study might open pathways to novel therapies and interventions to improve the health and quality of life of schizophrenia patients,” said Jeste.