View Disclosures and Other Information 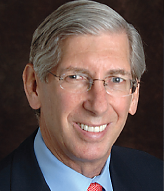 If we look back on the field of psychiatry over the past 60 years, the progress that we have made has been truly extraordinary. The introduction of various classes of psychotropic drugs, proliferation of psychosocial therapies, development of methods of brain stimulation, and evolution of models of care and mental health services has been impressive. Currently, contemporary psychiatry has an extraordinary array of therapies and therapeutic modalities and capability to treat patients.

At the same time, however, there is much that remains to be done. Despite the increasing number of psychotropic drugs that are marketed and available for use (see 1 ), the mechanisms of action are predominantly the same as the original prototypes developed in the 1950s. There have been few, if any, innovative new compounds developed despite an array of theoretically viable biologic targets. Although different modes of brain stimulation beyond ECT have been invented (for example, VNS, R-TMS, DBS, DCS), their effectiveness has yet to be established, and their availability is limited. In addition, the psychosocial therapies that have been proven effective are not widely available and inconsistently reimbursed. Moreover, our health care financing system and lack of cohesion in public and private health care systems have not met the clinical need and left many patients partially or completely untreated.

The treatment of schizophrenia is a representative example. We currently have 20 marketed antipsychotic drugs available for use, which form the cornerstone of our treatment for schizophrenia. The first of these, chlorpromazine, was introduced in the United States in 1954. Numerous studies have demonstrated the dramatic efficacy of antipsychotic drugs (APDs) in suppressing psychotic symptoms and preventing their recurrence, but also their inability to alleviate the negative and cognitive symptoms of the illness. To date we have no drugs with proven efficacy against these latter symptoms. In addition, with the exception of clozapine in treatment-resistant patients, the effectiveness of the newer second-generation APDs is not significantly greater than the older first-generation medications. These findings were demonstrated most dramatically by the NIH-CATIE study in the United States (of which I was the principal investigator) and the NHS-CUtLASS study in the United Kingdom, among other studies and meta-analytic reviews.

At the same time, many psychosocial treatments with established efficacy have been developed (for example, assertive community treatment, supported employment and housing, psychoeducation, social-skills training, cognitive remediation) but they are neither readily available nor adequately reimbursed.

Consequently, when one asks, “What can be done to improve the quality of mental health care for patients with schizophrenia and related mental illnesses,” the question can be answered in two ways. The first is that future progress will be driven by the discovery of new knowledge through scientific research. The second involves the application of existing knowledge.

The discovery of new knowledge requires sustained support for scientific research and a viable academic workforce. Currently, we have the latter but lack the former. This pathway of progress can be considered high risk and high gain. The time frame and deliverables cannot be precisely determined. To my way of thinking, there are three critical strategies to be pursued.

1. The first strategy is to develop treatments based on precedented mechanisms of action and targets (for example, D-2, 5-HT2A receptors). This will entail refinements of existing therapeutic mechanisms and incremental improvement in the benefit to risk ratios of medications (that is, as effective as or more effective than current drugs and with fewer or no side effects).

2. The second strategy is to pursue novel targets for which there is a theoretical rationale but no proof of the therapeutic concept (for example, drugs targeting glutamate receptors, muscarinic and nicotinic cholinergic receptors, intracellular signaling proteins like PDE and AKT).

3. As risk genes for schizophrenia are identified and their biology elucidated, their products will provide potential targets for new drug development (for example, COMT, DISC-1, neuregulin, proline dehydrogenase, RGS proteins). Through these investigative strategies, new treatments will be developed that are hoped to lead eventually to fully effective treatments and ultimately a cure for schizophrenia.

However, progress and breakthroughs through research can be slow in coming. For this reason, it is imperative that we also pursue the second approach to improve the quality of mental health care for persons with schizophrenia and related mental illnesses by the application of existing knowledge. Just a few changes in clinical practices, services provided, and reimbursement methods would make a huge difference in the quality of care and outcomes of patients. Examples of such changes include greater use of clozapine and long-acting injectable medications, broader availability and reimbursement of psychosocial services, and better integration of substance abuse and primary care with mental health services. None of these measures requires any new knowledge or breakthroughs. Rather it simply requires the political and social will to modify practice patterns and service delivery.

Our current capability to treat patients with schizophrenia can be viewed as the proverbial half glass of water. I prefer to view this glass as half full rather than empty. There is much that we can do and more that can still be done to improve the care and outcomes of persons with schizophrenia. In addition, we can legitimately expect that research will generate new discoveries and better treatments. Despite the relatively slow rate of progress in treatment development, the care for persons with mental illness is better now than ever before in human history, and there is great promise for it to get better in the future. The question is how and when.

Lieberman is the coeditor of the American Psychiatric Publishing Textbook of Schizophrenia. APA members can purchase the book at a discount at www.appi.org/SearchCenter/Pages/SearchDetail.aspx?ItemId=62191.

Since the introduction of antipsychotic medications, there has been a plethora of medications that have entered the market, making the choice of the right antipsychotic difficult for clinicians, especially with the rapid growth of options in the last 20 years.