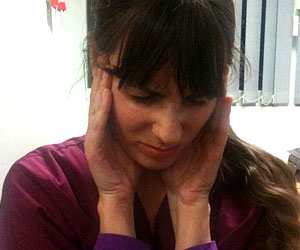 The prevalence of depression among those with migraine is approximately twice as high as for those without the disease (men: 8.4% vs. 3.4%; women 12.4% vs. 5.7%), according to a new study published by University of Toronto researchers.

In a paper published online this week in the journal Depression Research and Treatment, investigators reported that younger migraine sufferers were particularly at risk for depression. Women with migraines who were younger than 30 had six times the odds of depression in comparison to sufferers who were aged 65 and over, said lead author, Professor Esme Fuller-Thomson, Sandra Rotman Endowed Chair at the University of Toronto’s Factor-Inwentash Faculty of Social Work. Unmarried individuals and migraine sufferers who had difficulties with daily activities also had high odds of depression.

Data drawn from a representative sample of more than 67,000 Canadians, the 2005 Canadian Community Health Survey, were used to examine gender-specific associations between migraine and depression. More than 6,000 respondents reported that they had been diagnosed by a health professional with migraines. Consistent with prior research, the prevalence of migraines was much higher in women than men, with one in every seven women, compared to one in every 16 men, reporting that they had migraines.

Co-author and former graduate student Meghan Schrumm commented “We are not sure why younger migraineurs have such a high likelihood of depression and suicidal ideation. It may be that younger people with migraines have not yet managed to find adequate treatment or develop coping mechanisms to minimize pain and the impact of this chronic illness on the rest of their lives. The much lower prevalence of depression and suicidal ideation among older migraineurs suggests a promising area for future research.”

Dr. Fuller-Thomson adds that this study “draws further attention to the need for routine screening and targeted interventions for depression and suicidality, particularly among the most vulnerable migraineurs: Individuals who are young, unmarried and those with activity limitations.”