How do ADHD medications work? 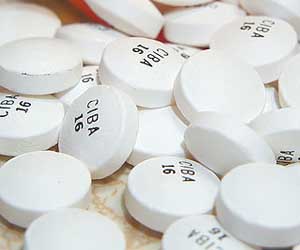 There is a swirling controversy regarding the suspicion that medications prescribed for the treatment of ADHD (attention-deficit/hyperactivity disorder) primarily act to control disruptive behavior as opposed to having primary effects on the ability to attend to the environment. Thus, there is a continued need to better understand the neural basis of ADHD medication effects.

A new study in Biological Psychiatry now provides evidence that methylphenidate and atomoxetine, two FDA-approved medications for the treatment of ADHD, both improve the brain’s activation when attempting to make fine temporal distinctions, but have differential effects on performance.

Time estimation, and particularly temporal discrimination, is impaired in individuals diagnosed with ADHD. Additionally, research using imaging scans show that the brain is under-activated when they perform such cognitive tasks.

This led researchers at King’s College London to evaluate and compare stimulant and non-stimulant treatments for ADHD in the way they affect performance and brain activation. They recruited twenty adolescent males with ADHD who underwent 3 imaging scans while performing a time discrimination task after receiving single doses of methylphenidate, atomoxetine, and placebo, each administered one week apart. They also compared those results with a control group of 20 healthy males.

First author Dr. Anna Smith explains their findings: “We show here that the stimulant methylphenidate acts quickly with immediate effects upon performance on a timing task we know children with ADHD find challenging. Crucially however, acute doses of either methylphenidate or the non-stimulant atomoxetine increase brain activation in the frontal lobes, typically under-recruited in children with ADHD, so that these key under-functioning frontal brain regions operate at the normal levels seen in other children.”

“This exciting finding suggests that both stimulants and non-stimulants share similar mechanisms of action and are both comparable in the way they normalise the activity of important frontal brain regions in children with ADHD. This could explain why both types of drug improve behaviour in children with ADHD, namely by normalizing the reduced activity in the frontal lobes that typifies the disorder,” she added.

On the surface, this study appears to be a comparison of the role of dopamine and norepinephrine systems in the regulation of attention. However, norepinephrine transporters also contribute to the inactivation of dopamine in the cortex. Thus, this study might be seen as comparing two drugs that potently block norepinephrine uptake, but which differ in the extent to which they raise cortical dopamine levels.

“From this perspective, it is interesting that both drugs enhanced cortical activation during temporal discrimination, but only methylphenidate improved behavior. The reason for this dissociation is unknown,” said Dr. John Krystal, Editor of Biological Psychiatry. “We cannot tell whether this is related to the extent to which dopamine is raised in the cortex or whether raising dopamine levels in other brain regions is important. Nonetheless, the findings appear to suggest that methylphenidate influences ADHD-related behaviors more potently than does atomoxetine.”