Ruby Wax, the spoonful of sugar that helps the medicine go down

Mental illness is a serious problem. So serious, in fact, that at some point in our lives, one in four of us is likely to be affected. What can we do? For a start, you can bring three friends to see US-born comedian and TV presenter Ruby Wax in Sane New World, her one-woman show now playing at Cape Town's Theatre on the Bay. 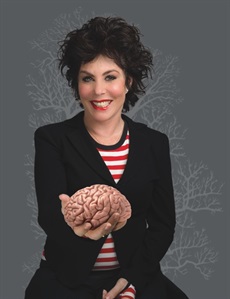 In the first part of the show, we learn that Wax had it all. But then things changed. She found herself caught up in the game of life. We've all played it. Heck, we still do. We want to be rich and famous and beautiful. We want to be successful professionals, loving parents, committed partners and good friends. Oh, and we just happen to want it all right now. With so many roles to fill and so many demands to meet, it's no wonder that we're exhausted from this never-ending struggle to survive.

Sure, some people won't be fond of her profanity (the show is rated PG-16 for language), but it's hard not to appreciate how spot on she is. More specifically, what makes this show so funny is the fact that it's so true.

A world we barely understand

We humans have evolved into an incredibly complex species and now live in a world we barely understand. And, as we don't have an instruction book telling us who and how we're supposed to be, all we can do is go out and give it our best shot. Unfortunately, we're getting it all wrong.

We keep striving for a sense of perfection, but it's only left us more and more miserable. We're missing something quite fundamental in our race to "win" and Wax is brutally honest about pointing that out. (It actually reminded me of The Social Animal by David Brooks, which ranks as one of my all-time-favourite TED Talks.)

There were many times when she said something so profound that the audience didn't know whether to laugh, clap, or sit in silence. It was in those times that I could sense a deeper message coming through. Her breakdown became our breakthrough. 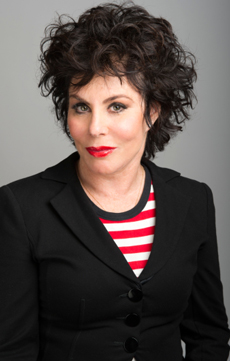 After the interval, Ruby got down to the real crux of the show. Now was the time for a Q&A session on mental health. Her friendly energy, together with the fact that she was able to bravely discuss something so personal, seems to have given members of the audience the courage to open up too. It was actually quite inspiring to see so many people come with insightful questions about depression and what we can do to start making things better.

Ultimately, it seems that her goal is to break the stigma surrounding mental illness and educate people about what we're dealing with in the first place. We all have days when we feel a little down in the dumps. Unfortunately, we incorrectly assume that depression, a word that is thrown around so casually, is simply a mild case of feeling blue. That's why we treat it as the kind of thing you can brush off by putting a smile on your face.

But it's a lot more serious than that and telling someone to just "perk up" is one of the worst things you can do. Depression is a disease and it deserves the same respect that's given to cancer, diabetes, or other physical ailments. It also deserves the same kind of support. "[The] pressure to keep it to yourself, to try and tough it out, can be overwhelming," Ruby said in an interview with The Guardian. "And, almost invariably, the longer you wait to get help, the worse the problem gets."

There's a place for everyone

That's why Wax, who recently graduated with a Master's Degree in mindfulness-based cognitive therapy at Oxford University, started Black Dog Tribe. "The aim is for everyone to be able to immediately find a like-minded sufferer," she said. "So there's a place for everyone - from those who can't get out of bed to those who are too ashamed to take medication - and you can switch tribes depending on your mood." (The show includes a brief meditation exercise. You can learn more from Andy Puddicombe in another TED Talk.)

The next step is to take the digital discussion to the real world. "Eventually we'd even like the different tribes to meet up in person rather than online," she continued. "If a bunch of drunks can take over the church halls and coffee bars of the world for Alcoholics Anonymous meetings, then surely the combined forces of the mentally unwell can do something similar."

Yes, mental illness is a taboo topic and a tough pill to swallow, but Ruby Wax is the spoonful of sugar that helps the medicine go down. And, given the increasing demands of our daily lives, Sane New World is just what the doctor ordered.

Sane New World (also available as a book from Ruby Wax's website) is showing at Cape Town's Theatre on the Bay until 15 February. Tickets are available from Computicket or from www.theatreonthebay.co.za. For more information on mental health, contact a counsellor from the South African Depression and Anxiety Group by calling +27 (0) 11 262 6396 (8am to 8pm, Monday to Sunday) or go to www.sadag.org