Schizophrenic and Wanting to Connect 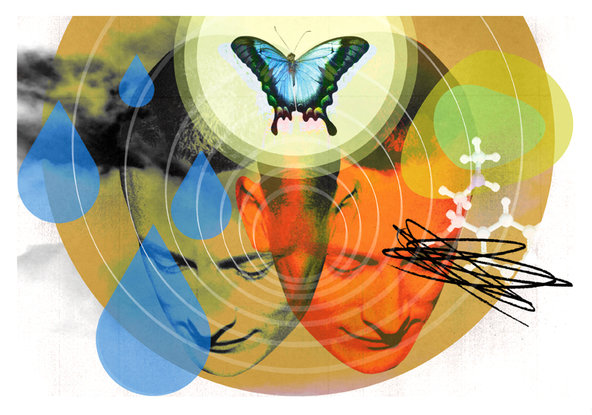 I still remember the first group therapy session I went to after I got out of the hospital. I was 20 and had been diagnosed as schizophrenic after a road trip that took me from Colorado to the United Nations building in New York City, my mind riddled with notions of good and evil, demons and angels, and a determination to save the world. Now I was in something of a state of shock, having come to understand that amid the delusions and paranoia that swarmed through my head I was, in reality, insane.

A constant need to move felt like ants crawling over my skin, a side effect of the antipsychotic medications I had been prescribed. Every second of every day, I felt like clawing out my eyes and tearing out my hair because I just couldn’t sit still. 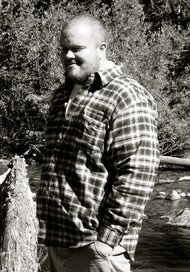 I held up my front, though. I smiled when I thought I had to and tried to be nice to people. Laughter, however, was not something that was possible, and wouldn’t be for a long time.

The group was a dual-functioning therapy technique to address both mental health issues and drug abuse. I had been assigned to it after disclosing that I had a marijuana habit. The doctors had told me that therapy groups were an integral part of my getting better. I agreed to go only to get out of the hospital prison and back home to my warm bed.

I sat in a circle with a melting pot of people. There was the construction worker still wearing dusty boots and clothes splattered with mud, and the depressed sorority girl, makeup and hair still impeccable. The two had formed a friendship over their history with methamphetamine. There was the quiet bipolar Hispanic man who spoke only in short staccato sentences, and the rotund marketing guy who introduced himself by saying his drugs of choice were food, cocaine and marijuana.

I sat there looking at them, hands nervously trying to find a natural position. I could tell they were thinking things about me, adjudicating me on my appearance and facial expressions. While they nodded in a sort of feigned acceptance, I knew they were going to go back to their friends and joke about me, the schizophrenic kid who looked weird.

When it was my turn to speak, I stood and told them in a quiet voice, almost so quiet you couldn’t hear the nervous wavering, that my name was Mike. “Hey Mike, welcome” rang the chorus in a strange unison. It seemed welcoming, but I knew they were waiting for their opportunity to strike. Summoning everything to get any words out, I told them that I had been an inpatient the previous week, where the doctors said I was schizophrenic, and that my drugs of choice were marijuana, cigarettes and, taking a cue from the marketing guy, food.

Having their eyes on me was a special kind of hell, as I stood there fidgeting and averting my gaze. They were all drilling holes into me, isolating my weaknesses and then laughing about them to themselves. They were wolves, chewing at and snapping my bones. I just wanted to get out, but I continued, and when I was done, I sat back down in the chair and lowered my head, refusing to say a thing or acknowledge anyone for the rest of the session.

How had it come to this? I had been happy in high school, popular even, unafraid of my own insecurities, unconcerned with what people thought of me. I can remember having friends from every different clique, every group and every grade. The ability to connect with people seemed so effortless then.

It’s a goal I’ve been striving to reattain for the last eight years.

When you have schizophrenia, the overarching plot of the experience is the inability to tell whether the things you are thinking are actually taking place in reality. Was that inflection in your voice a signal that I should be more friendly — or more reserved? Was that laughter I heard over my shoulder about me or something totally innocuous? These are the kinds of things I ask myself daily.

Recovering from mental illness is a process. It takes diligence in therapy, a strong support system and habitually taking your meds. With different drugs, the paranoia has calmed down, though it is still there, a reminder I’m still sick. Learning to accept what that paranoia was telling me and being all right with it, that I would still be the same person whether or not people thought negative things about me, has been a big part of my recovery.

Since that first group therapy session, I’ve worked harder than you can imagine trying to perfect a state of normal. Regaining the ability to relate to others has been a driving force. I’ve studied books on body language, manners, neuroscience and behavior just to get any small grasp on being a normal person. I know that if I do it right, and successfully connect with another human being, I feel giddy. But more often the interactions are a bit off, or a lot off, though not the end of the world.

Needless to say, it should be obvious that dating is hard for me. But I have friends, and they all know that I have schizophrenia and don’t seem to mind. They seem to accept that mental illness is a disease and not some defect of self. I can see the stigma lessening day by day, although a lot of people are still afraid of it. It’s nothing that a few little jokes and a sense of humor often can’t fix. Still, I know many others with schizophrenia who don’t have it as easy, who suffer every day, and I feel for them because I’ve sure been there.

It takes work, a lot of work, to get better, but it can be done. It has been a long road from that first group therapy session. But life is nothing if it’s not a road.

Michael Hedrick, a writer and photographer in Boulder, Colo., is the author of the novel “Connections: The Journey of a Schizophrenic.” He tweets bad jokes on Twitter at @thehedrick.