Self Help Books and internet can benefit depressed people 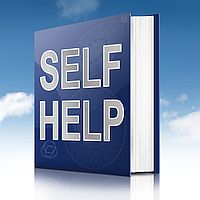 “Depression is a major cause of disability,” said Professor Peter Bower of Manchester University, UK, and colleagues in the British Medical Journal. “Effective management is a key challenge for healthcare systems,” they write.

So-called “low intensity” psychological interventions are frequently used as a first-line treatment. These are often based on cognitive behavioral therapy (CBT), and were defined in the study as interventions designed to help patients manage depressive symptoms such as self-help books or interactive websites, often with limited guidance support from a health professional. Self-help groups were not included.

The Effect of Low Intensity Methods on Depression

The researchers looked at the effect of a patient’s severity of depression at the start of treatment. They used figures from 16 studies since the year 2000, on a total of 2,470 non-hospitalized adult patients with depression, many of whom had moderate to severe depression.

“Patients with more severe depression at baseline show at least as much clinical benefit from low intensity interventions as less severely depressed patients,” the authors report, “and could usefully be offered these interventions as part of their care plan.”

They also found a significant link between depression severity and treatment success, “suggesting that patients who are more severely depressed at baseline demonstrate larger treatment effects.” But they add that the difference was small and “may not be clinically significant.”

They urge physicians to encourage the majority of patients to consider using these methods as their first treatment option, even if severely depressed. But they also point out that all patients should be monitored consistently after any treatment to assess progress and ensure that those who still have depression symptoms receive additional care to support long-term recovery.

“Clearly some patients will not find such interventions useful, and it would seem sensible to continue to refer severe cases to more intense psychological intervention or pharmacological management,” they write.

“Future research should look at the cost-effectiveness of low intensity treatments versus longer and more expensive psychological therapies,” they add, “and whether previous negative experience with low intensity interventions could act as a barrier to further treatment.”

One problem with this analysis is that in 12 (75 percent) of the included studies, patients were recruited through advertisements, surveys, or Internet-based screening. This could represent a major “selection bias” and does not reflect patients seen in clinical practice.

Furthermore, 19 percent to 69 percent of patients were taking antidepressants while involved in the studies. However, further research confirming these findings could help ease the burden of depression on health care systems.

The Increase of Major Depression Diagnoses

In the US, diagnoses of major depressive disorder are increasing. About 25 percent of the population will suffer from a depression at one point in their lives and, according to the World Health Organization, depression will become the second most important cause of disability in 2020.

A summary of the present situation was published in 2013 by Allen Frances, emeritus professor of psychiatry at Duke University Medical Center, Durham, North Carolina.

He states in the British Medical Journal that, “Although community prevalence of major depressive disorder has remained static, diagnoses doubled among Medicare recipients in the U.S. between 1992-95 and 2002-05.”

Frances adds that the latest Diagnostic and Statistical Manual of Mental Disorders “broadens the definition of depression, allowing the diagnosis of major depressive disorder just two weeks after bereavement.”

Deciding on the appropriate support for individuals with depression is not simple. The diagnosis of depression often is complicated by the presence of anxiety. A full understanding of each patient’s distress requires a clinical assessment including psychological and social factors. Only then can the best treatment decision be made.

But this places a heavy burden on the timeframe of a primary care consultation. Well-designed interactive websites or good quality self-help books may provide sensitive and useful support at times of individual crisis.

A range of low intensity interventions were reviewed by experts at the National Collaborating Centre for Mental Health in Leicester, UK. These included computerized CBT, guided self-help and physical activity programmes tailored for the treatment of depression.

CBT currently is the main psychological treatment approach that has been computerized. Patients usually find computer-based treatment acceptable and clinical recovery is similar to those who have face-to-face therapy. Studies show “a significant small-to-medium effect size in patients with a range of severity of depressive symptoms,” although long-term improvements were less clear.

Guided self-help, that is, evidence-based self-help manuals of different sorts, is not suitable for all patients as it relies on literacy and motivation. But in studies, there is clear evidence that “individual guided self-help with support of frequent but minimum duration has a large effect in reducing depressive self-reported symptoms.”

As a treatment for depression it can be undertaken individually or in a group. The research suggests it is more effective in reducing depressive symptoms than no physical activity, although the impact may not last over the long term.

Dowrick, C. and Frances, A. Medicalising unhappiness: new classification of depression risks more patients being put on drug treatment from which they will not benefit. British Medical Journal, 9 December 2013 doi:10.1136/bmj.f7140