Depression in the elderly

Many Problems Lead to Thoughts of Suicide, Study Finds 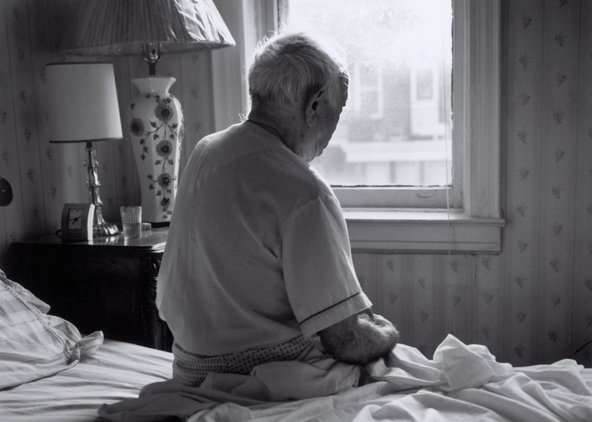 Older adults contemplating suicide do not cite depression as the primary reason, according to research presented recently at the annual meeting of the American Association for Geriatric Psychiatry. More often, they blame their struggles with illness, disability, financial concerns, family difficulties and bereavement for their suicidal thoughts.

All of these factors may contribute to depression. But the finding suggests that treatment of depression alone may not be sufficient to reduce suicide rates among the elderly.

“We need a broader approach that encompasses these psychosocial concerns,” said Dr. Gary Kennedy, director of geriatric psychiatry at Montefiore Medical Center in the Bronx and a lead investigator with the New York City Neighborhood and Mental Health Study.

As my colleague Paula Span wrote last year, suicide rates among people 65 years and older are higher than the national average, and elderly white men — especially those over the age of 85 — have the highest rates of all. Previous research suggests that up to 87 percent of seniors who end up taking their lives suffer from major depression.

But those statistics were drawn from research on older people after they had actually committed suicide. The new report focused on seniors who acknowledged thinking of it but chose not to follow through. It asked seniors directly what they were feeling, rather than relying on retrospective efforts to understand their mental state.

In the new study, Dr. Kennedy and his colleagues screened nearly 3,500 New Yorkers between age 65 and 75 for symptoms of depression such as apathy, hopelessness, negativity and reduced appetite. One of the questions asked was, “In the last two weeks, have you felt at times that you would be better off dead or harming yourself in some way?”

Dr. Kennedy called every survey participant who responded positively to that question and asked a series of follow-up questions of those who were willing to talk. (Some weren’t.) The answers allowed him to identify a sub-group who had clearly contemplated suicide — 60 people in all.

He then tallied the reasons these people cited for their despair. About three-quarters blamed illness, financial concerns, pain, family difficulties, bereavement or other problems, such as landlords who harassed them. Depression was named by 25 percent of them.

Dr. Kennedy also asked this group what convinced them to put aside suicidal thoughts. Forty older adults said family relationships were a definitive factor; twenty referred to their faith. When the doctor inquired about the adequacy of social support, 33 seniors said they were satisfied, while 27 percent said they were not.

Yet Dr. Reynolds agreed that focusing on depression alone is not sufficient for older adults who might be mulling taking their own lives.

“It’s only when we take context — the kinds of issues the person is struggling with — into account that we can arrive at a sense of why the person is so distressed and how we can be helpful,” he said.