Depression in common - Losing a friend to suicide 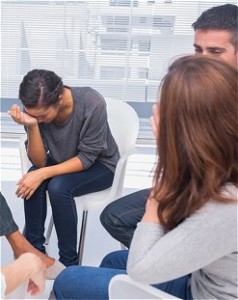 Depression is personal. It is this aspect of depressive thoughts that make them seem impossible to share. I let mine hold me in silence and agony for years. It had me convinced that nobody cared, nobody could or would help. It played into an overall sense of hopelessness.

I struggled for many years, reading books, going to therapy and soul searching, before I finally felt depression was a thing of my past — not something I was always just staying one step ahead of.

And then an old friend committed suicide. I had known him since childhood, during my darkest days and yet I had no idea he was struggling with depression.

When I plumb the depths of my grief I do come up with some feelings of guilt. I know that it’s not my job to go finding the depression, finding the secret thoughts and feelings of those around me. I don’t expect myself to be Superwoman. But I’m a storyteller by trade and I wonder why I never told my friend Don my story.

I’m sure other people have found themselves in this same position. I read Ordinary People and I assume there are people in group therapy who suffer losses among their ranks. But in those situations there is an awareness of a shared melancholia. There is the knowledge that your are together battered and bruised. Soldiers fighting a battle no one else can see.

I had no idea Don was sad. I had no idea that he was anything but sublime. He was brilliant and energetic. He was funny, with a laugh and a smile that could peel back layers of stress and insecurity in an instant. A conversation with him went from mundane facts about work to wondering whether spiders would build different-looking webs in the vacuum of space. He brought wonder with him wherever he went and talking to people was just another way to learn more interesting possibilities.

He had a way of reorienting my mind away from any of the cynicism or panic that I usually carry with me into every situation. When speaking with him I wasn’t practicing my perfectionism, I wasn’t worried about the future or picking holes in my self-esteem.

He was like this: Imagine having an array of deadlines creeping up on you. There’s an underlying feeling of never getting ahead. Your stress is just about to swallow you up. Then you run into Don and all of a sudden your mind is chasing butterflies through the garden like a kid again.

That was what Don did for me. He made me feel like a little girl laughing at everything, marveling at the world. All the pretense and my hangups were gone. How could someone who taught me some very valuable tools in checking my anxiety and depression also be depressed? That is perhaps why I never shared it with him.

I’m not ashamed of my history of depression. I couldn’t always say that, but I can now. I had my first suicide attempt at age 12 and another attempt at age 13. Sadness was an integral part of how I experienced the world at such a young age. It took me a long time to realize that wasn’t how everyone experienced it.

But maybe over time I went off in the opposite direction. I started to take for granted that most people aren’t depressed and that those who are are making progress to alleviate it just like me.

Like a bent reed, sometimes you have to pull something all the way in the opposite direction, then let it go. It will finally end up somewhere in the middle.

I thought that over the years I had learned everything there was to know about my depression and how it affects me. But I learned something new when we lost Don. I learned that any one around me could be fighting this war and losing, and I would be unaware and unable to intervene.

People need to know the stories of those who have overcome depression and other mental disorders. It’s not the story itself that is most important but rather the tools used and insight gained from fighting back. What’s important is knowing that depression strikes others in close proximity to you and that it can be beaten. Don’t be afraid to bring down the mood. Spill the beans and maybe you will save a life.