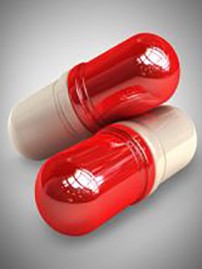 A recently published study suggests a new class of drug may act as a dimmer switch to control schizophrenia.

The approach is heralded as a method to manage the symptoms of schizophrenia without some of the side effects associated with current anti-psychotic medicines.
Schizophrenia is a chronic, severe, and disabling brain disorder that affects one percent of the general population; however, it occurs in 10 percent of people who have a first-degree relative with the disorder, such as a parent, brother, or sister.

The medical condition disturbs a person’s ability to think, feel, and act and is associated with distressing symptoms including hallucinations and delusions.

Researcher Dr. Rob Lane said all current anti-psychotic medicines block the action of dopamine, a neurotransmitter, at a brain protein called the dopamine D2 receptor, resulting in serious side effects.

“These medications frequently result in serious side effects because this protein is also important for the control of movement. The side-effects can sometimes persist even after the patient has stopped taking the medication,” said Lane.

“The idea behind our research is to develop a drug that doesn’t completely block dopamine. We found a molecule that, rather than blocking the effect of dopamine at the D2 receptor, acts to subtly dial down dopamine’s effect, a bit like a dimmer switch,” Christopoulos said.

“This means that if we can get just the right amount of dial-down, we could treat the symptoms of the disease and avoid some of these side-effects.

“We’re a long way yet from developing a drug, but our dimmer switch approach to controlling schizophrenia means it’s conceivable we could have a whole new class of anti-psychotics in the future.”

As published in the journal Nature Chemical Biology, the research team also found a unique twist with the molecule, its mechanism of action changed depending on the arrangement of the D2 receptor in the brain.

Lane believes this represents a new approach to develop anti-psychotics, as it gives researchers more information about the protein involved in the disease.

“This extra information will help researchers develop new drugs that target the protein.”