How depression can impact the cost of your life insurance 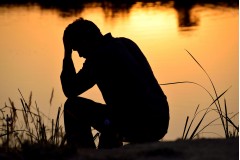 There’s a major lack of medical and emotional support for people suffering from depression but sufferers can also find themselves paying more for life and disability insurance says Angelique Ruzicka.

The passing of comedian and actor Robin Williams has pushed depression, anxiety and the act of suicide firmly into the spotlight. It is alleged that the actor committed suicide by hanging himself in his Northern California home after seeking treatment for his depression.

The topic of depression and suicide is often swept under the carpet but with Williams’ passing there is an increasing awareness about the lack of support out there for people who feel so down that they see no way out other than to kill themselves.

The sad reality is that in South Africa there is very little medical, financial and even emotional support: “With nearly 75% of patients with mental illness not having access to treatment – it is very alarming. The Department of Health spends less than 1% of the entire health budget on mental health – it is really important to make treatment and resources more available to people throughout SA, especially in rural and disadvantaged areas,” points out Da Costa.

Once depression hits, sufferers often find themselves victims of discrimination as it’s generally still a taboo subject and a disease that few understand. Colleagues and friends tend to distance themselves as they are unaware of how to deal with it.

Added to this, current and former sufferers will find it hard to insure themselves in the event of their death or disability: “The bad news is that insurers will generally not take on clients that have suffered from depression as they are seen as a suicide risk and there is also the fear that this could lead to disability claims,” explains Andre Goethals, manager of credit life at Insurance Busters.

Goethals does admit though that it is possible for people suffering from depression to get life and disability cover but adds that this is often at a cost: “If there is a once off cause of the depression, such as the death of a loved one, insurers may find it more ‘acceptable’ to take on this client, particularly if they’ve sought treatment. But if there is no particular cause which spurred on the depression, insurers will be more hesitant,” he says.

Goethals says that 99% of the time depression sufferers, if taken on as clients, will have to pay an additional loading (premium) to essentially pay for the additional risk they bring to the insurer: “There may also be additional exclusions and the suicide clause may be extended. Generally, insurers will not pay out a claim if the claimant has committed suicide in the first two years of taking out a policy. However, if they find that someone has or is suffering from depression, then the suicide clause could be extended by a couple of years or even excluded all together,” he says.

Should you disclose your depression?

With the potential increase in premiums and the restrictions on policies, depression sufferers may feel it necessary not to disclose any information about their depressive episodes. However, this is the wrong thing to do because if insurers find out about any mental illness that you haven’t disclosed they could reject your claim outright.

Goethals explains that once you’ve been treated for depression it’s effectively ‘on record’ because insurers will flag it if they find you are a sufferer. However, he does admit that insurers may award you standard rates again if you have not suffered a reoccurrence and a number of years have lapsed since your last depressive episode: “Remember, that the new rate may not be much of a saving as you tend to pay more for life and disability cover the older you get,” he says.

He recommends that unless you have an excessive loading on your premium it may not be worth it to shop around for cover: “But it costs you nothing to shop around and get a quote,” he adds.