Living With Schizophrenia: The Importance of Routine

I can remember the early days of having schizophrenia. I was so afraid of the implications of subtle body language, like a lingering millisecond of eye contact, the way my feet hit the ground when I walked or the way I held my hands to my side. It was a struggle to go into a store or, really, anywhere I was bound to see another living member of the human species. 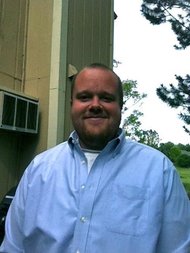 With a simple scratch of the head, someone could be telling me to go forward, or that what I was doing was right or wrong, or that they were acknowledging the symbolic crown on my head that made me a king or a prophet. It’s not hard to imagine that I was having a tough time in the midst of all the anxiety and delusions.

Several months after my diagnosis, I took a job at a small town newspaper as a reporter. I sat in on City Council meetings, covering issues related to the lowering water table and interviewing local business owners for small blurbs in the local section, all the while wondering if I was uncovering some vague connections to an international conspiracy.

The nights were altogether different. Every day, I would come home to my apartment and smoke pot, then lay on my couch watching television or head out to the bar and get so hammered that I couldn’t walk. It’s hard to admit, but the only time I felt relaxed was when I was drunk.

I eventually lost my newspaper job, but that wasn’t the catalyst for change.

It all came to a head one night in July. I had been out drinking all night and, in a haze, I decided it would be a good idea to drive the two miles back to my apartment. This is something I had done several times before, but it had never dawned on me that it was a serious deal. I thought I was doing well, not swerving and being only several blocks from my house, when I saw flashing lights behind me.

What started as a trip to the bar to unwind ended with me calling my parents to bail me out of jail at 3 a.m.

The next year of my life would mean change. I’m not entirely clear on the exact point at which my routine drinking and drug use turned into healthier pursuits. Maybe it was the shock of meeting with a D.U.I. lawyer, or the point after sentencing when I realized I’d be forced to make a daily call, first thing in the morning, to find out if I would have to pee in a cup that day. Maybe it was the fact that I’d need someone else, mainly my mom, to drive me anywhere for the next year. Or perhaps it was the consistent Saturday morning drug and alcohol therapy group or Wednesday and Thursday afternoons of community service that kicked me into a groove.

The groove of it eventually turned into a routine, one that wasn’t marked by indulgence but instead by forced commitment that eventually I would grow to respect.

During that time, I quit smoking pot, I quit drinking and I got some of the best sleep I’d gotten since my diagnosis. Trips to the bar on Monday afternoons turned into extended hours at coffee shops where I finished my first novel.

For some reason, it gave me joy to recite my routine to whoever asked. I would wake up at 7, get coffee and a bagel with plain cream cheese, check Facebook, write until I had 1,000 words, get lunch, do errands in the afternoon, return home, get dinner, take my pills (with food), watch TV and get to bed around 9.

It might all sound tremendously boring. But this regimented series of events was always there; they’d always carry over. And with time, it gave me great comfort to not have to deal with the unexpected. I had a set plan for most days, and there was already too much chaos in my head.

I found that I never forgot to take my medicine. I always had at least eight hours of sleep. And I felt much more relaxed and was able to finally wrap my head around my diagnosis. I began to see the world as a mostly random series of events, rather than an overarching conspiracy plot. The healthy routine was integral.

My story, as with so many stories of recovery, isn’t over. The biggest things in my life are now my friends and family, my work and my daily routine. I take my meds faithfully, and although I no longer attend regular therapy sessions, I find eight years of living with schizophrenia has made me well equipped to deal with future problems. I still get up early, do my work for the day, hang out with my mom or my friends in the afternoon and then ease into the evening. Most important, I still get to bed by 9 every night. I’m more stable, much healthier, and I’m happy.

The routine of things set a stable foundation for recovery by providing me with familiarity. That familiarity was more than welcome when my mind was unrecognizable.

Michael Hedrick is a writer in Boulder, Colo. His book “Connections” is available at: https://www.createspace.com/3426326