How Exercise May Protect Against Depression 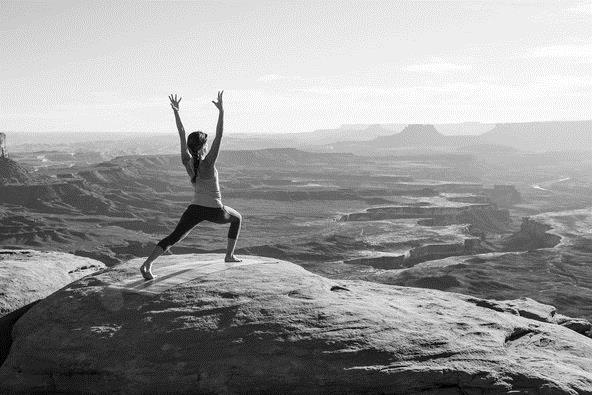 Gretchen Reynolds on the science of fitness.

Exercise may help to safeguard the mind against depression through previously unknown effects on working muscles, according to a new study involving mice. The findings may have broad implications for anyone whose stress levels threaten to become emotionally overwhelming.

Mental health experts have long been aware that even mild, repeated stress can contribute to the development of depression and other mood disorders in animals and people.

Scientists have also known that exercise seems to cushion against depression. Working out somehow makes people and animals emotionally resilient, studies have shown.

But precisely how exercise, a physical activity, can lessen someone’s risk for depression, a mood state, has been mysterious.

So for the new study, which was published last week in Cell, researchers at the Karolinska Institute in Stockholm delved into the brains and behavior of mice in an intricate and novel fashion.

Mouse emotions are, of course, opaque to us. We can’t ask mice if they are feeling cheerful or full of woe. Instead, researchers have delineated certain behaviors that indicate depression in mice. If animals lose weight, stop seeking out a sugar solution when it’s available — because, presumably, they no longer experience normal pleasures — or give up trying to escape from a cold-water maze and just freeze in place, they are categorized as depressed.

And in the new experiment, after five weeks of frequent but intermittent, low-level stress, such as being restrained or lightly shocked, mice displayed exactly those behaviors.

The scientists could then have tested whether exercise blunts the risk of developing depression after stress by having mice run first. But, frankly, from earlier research, they knew it would. They wanted to parse how.

So they bred pre-exercised mice.

A wealth of earlier research by these scientists and others had shown that aerobic exercise, in both mice and people, increases the production within muscles of an enzyme called PGC-1alpha. In particular, exercise raises levels of a specific subtype of the enzyme known unimaginatively as PGC-1alpha1. The Karolinska scientists suspected that this enzyme somehow creates conditions within the body that protect the brain against depression.

But to determine if that theory was true, they had to isolate the PGC-1alpha1 from all the other substances pumped out by the muscles during and after exercise. So they created mice that, even without exercising, were awash in high levels of PGC-1alpha1. Their muscles produced lots of it, even when they were lazing around.

The scientists then exposed these animals to five weeks of mild stress. The mice responded with slight symptoms of worry. They lost weight. But they did not develop full-blown rodent depression. They continued to seek out sugar and fought to get out of the cold-water maze. Their high levels of PGC-1alpha1 appeared to render them depression-resistant.

But the scientists knew that the PGC-1alpha1 was almost certainly not directly protecting the animals’ brains. It doesn’t work that way, acting directly on cells. Rather it is what’s known as a promoter, sparking activity in genes, which in turn express proteins that then affect various physiological processes throughout the body.

So the scientists looked for which processes were being most notably intensified in their PGC-1alpha1-rich mice. They found one in particular, involving a substance called kynurenine that accumulates in human and animal bloodstreams after stress. Kynurenine can pass the blood-brain barrier and, in animal studies, has been shown to cause damaging inflammation in the brain, leading, it is thought, to depression.

But in the mice with high levels of PGC-1alpha1, the kynurenine produced by stress was set upon almost immediately by another protein expressed in response to signals from the PGC-1alpha1. This protein changed the kynurenine, breaking it into its component parts, which, interestingly, could not pass the blood-brain barrier. In effect, the extra PGC-1alpha1 had called up guards that defused the threat to the animals’ brains and mood from frequent stress.

Finally, to ensure that these findings are relevant to people, the researchers had a group of adult volunteers complete three weeks of frequent endurance training, consisting of 40 to 50 minutes of moderate cycling or jogging. The scientists conducted muscle biopsies before and after the program and found that by the end of the three weeks, the volunteers’ muscle cells contained substantially more PGC-1alpha1 and the substance that breaks down kynurenine than at the study’s start.

The upshot of these results, in the simplest terms, is that “you reduce the risk of getting depression when you exercise,” said Maria Lindskog, a researcher in the department of neuroscience at the Karolinska Institute and a study co-author.

Whether the same biochemical processes likewise combat depression that already exists is less certain, said Jorge Ruas, a principal investigator at the Karolinska Institute and the study’s senior author. But he is hopeful. “We think that this mechanism would be efficient if activated after depression has begun,” he said. He and his colleagues hoped to test that possibility in mice soon.

In the meantime, if work and other pressures mount, it may be a good idea to go for a jog. It may just keep your kynurenine in check.