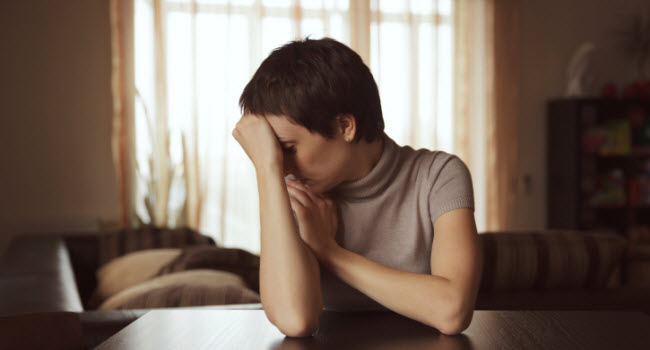 I think a lot of cancer patients have a tendency to write-off depression as just part of the “cancer sucks” territory. But the problem is: if you don’t take it seriously, you won’t get treatment. The Lancet recently published a study out of Oxford and the University of Edinburgh that found that nearly three-quarters of cancer patients with major depression do not get treatment. You can find a layperson’s explanation here, and the scientific paper here.

I find these findings so tragic. No one should have to endure chemo and all the rest AND depression. As the study points out, depression can make cancer symptoms worse, increasing fatigue and pain. Some patients get so down that they don’t take their medications because they feel that their prognosis is completely hopeless.

Why don’t people get help?

I know what that feels like. I’m adopted. My biological mother had bipolar disorder (what used to be called “manic depression”). I was diagnosed with mild clinical depression in my 20s. I’ve been taking one or another pill for it for nearly 25 years. This is what “mild” depression looks like: Before I started taking anti-depressants, I would curl up in ball on the bed in the morning, not wanting to get up. I felt tired all the time. I was irritable. I often felt hopeless.

Then I got cancer. The whirlwind of treatment kept me so busy for almost year that I didn’t really have time to give in to very many blue moods. I was engaged in the battle, I felt I had purpose. I was trying to whip cancer, and trying to shield my daughter from the worst of it.

But then the major stuff was over—surgeries, chemo, radiation—and I was down to one monoclonal antibody shot every three weeks. That’s when depression just clobbered me. It was worse than any bad mood I’d ever experienced: a huge black cloud that just paralyzed me. I felt worthless. I couldn’t imagine how I was going to ever live a normal life again. I couldn’t make decisions. I couldn’t get anything done. I felt lost.

After about a month of this, I talked to my nurse practitioner. She doubled the dose of my antidepressant, and the fog cleared.

Treatment for the depression didn’t solve all my problems: I still had to figure out how to re-enter normal life. I still had to process the experience of life-threatening illness. I still had to learn to control the fear of recurrence. But I could do those things without feeling as if a three-ton lead ball was crushing my spirit.

If you’re a cancer patient, and you’re feeling depressed, don’t assume that that’s just another icky part of the whole awful cancer experience. Ask yourself these questions, gleaned from the Medline Plus Encyclopedia:

• Do you suddenly feel more tired than usual?

• Are you eating a lot more, or a lot less, than you used to do?

• Are you having trouble concentrating?

• Do you ever feel so low that you consider suicide?

• Do you find that you can’t take pleasure in things you used to enjoy?

• Do you feel hopeless, worthless, guilty?

• Does your mood interfere with normal activities?

Even as I write these questions, I’m thinking, “I felt all those things (except the suicidal thoughts) at one time or another during active treatment.” And I’m also thinking, “A lot of those signs of depression are also symptoms of cancer treatment.”

So maybe I had to finish active treatment so that I could actually see how depressed I was during my cancer year. Even though I thought that I was really well-informed and really sensitive to mental health issues, I missed my own major depression.

Don’t make the same mistake. If you are struggling with mood during your cancer treatment, talk to your doctor. Luckily, we live in an age when there are many, many ways to treat depression.

Have you struggled with depression during, or after, treatment? Let us know how you felt and how you coped.