Men need to open up about depression, not man up and keep quiet

Suicide is now the leading cause of death in men under 50, but most men still won't admit when they have mental health problems, says Matt Haig 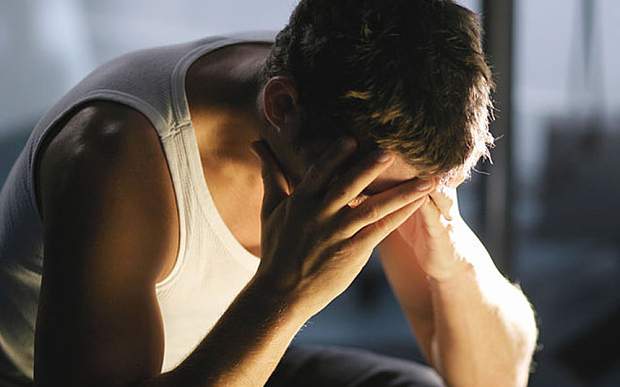 Suicide is now the leading cause of death in men under the age of 50. Think about that for a while. It is not cancer or heart disease or a car accident that is most likely to kill young, or even middle-aged men, but suicide.

The Office for National Statistics also tell us that whereas in 1981, 63 per cent of suicides were male, now that figure is 78 per cent.

As last night's Panorama showed, there is something about being a man in 2015 that makes you far more likely to take your own life. This gets more startling when you bear in mind that far more women are diagnosed with depression.

As suicide is usually a symptom of depression, this suggests men are not getting the help they need. As suicide rates are very elastic, varying massively between eras and countries, it should be a source of massive concern that we are letting so many men needlessly die every year. We should, at the very least, be encouraging men to talk about their problems.

But are we doing that? I really don’t think we are. Think of how men are expected to behave. Think of the increasingly dominant phrase ‘man up’, used any time a man moans about feeling ill or worried. The suggestions behind that phrase are terrible when you stop and look. It places the idea of masculinity at some high plateau, where we must be strong and stoic. (What is the opposite? ‘Woman down’?)

Mental health is hard enough to talk about sometimes, given the stigma that still surrounds the illness. There is still the wrong idea that depression is a character flaw, that it is always about something. But for men, it is doubly hard because we are not really encouraged, by ourselves mainly, to talk about being ill.

Even if we have a cold we are belittled for having ‘man-flu’. You can’t have any version of a cold or flu now without someone, somewhere, suggesting it is man-flu, the implication being that if you are male you should be belittled for being ill because then you can’t leave the cave and hunt bears or something. Come on. It’s the 21st century. We should have realised that human beings are all as approximately insecure as each other, and just as likely to fall ill.

And yet, even writing this article, I am self-consciously wondering if I will be seen, because of my gender, as a bit wallowy. Shouldn’t I be out chopping down trees or fighting for the King of Sparta or something, and not whining on about depression? Well, I will whine on. Because it is among the most serious healthcare crises in this country and we still have celebrities and public figures and Twitter hate-generators who will, for effect, doubt depression is even an illness. And we also have the wrong idea that sexism is a wholly good thing for men. It is not.

When I became ill with depression 15 years ago, my social circle shrank very quickly. There were very few people – certainly no male friends – that I felt like I could talk openly to. I was lucky in that I was able to talk to my girlfriend and my parents, and this was a reason why I didn’t take my own life like I desperately wanted to do. Some people don’t even have that. 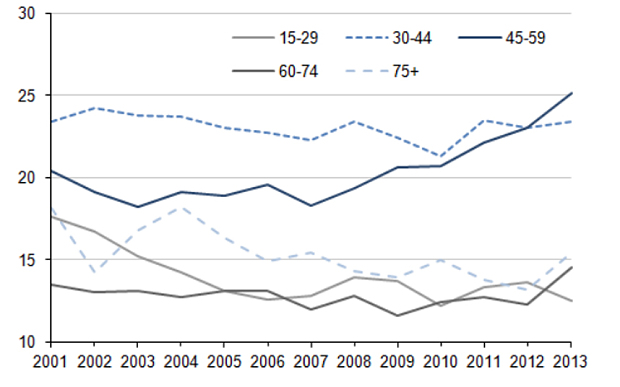 Limiting a man’s emotional playing field can lead to men not actually recognising or wanting to recognise that what they have is an illness. And that the negative despairing worldview they have at the bottom of the valley is not a reflection of reality, but a symptom of an illness. So very often men find other, unhealthier ways of coping, such as through alcohol and drugs. (According to the ONS, for instance, 67 per cent of British people consume alcohol at ‘hazardous’ levels and 80 per cent who are dependent on it are male.)

A bottle of whisky won’t tell you to man up, even as it destroys your liver.

We need to change the way we think about not only mental health, but also men, because it is actually stopping men get the help they need.

The really horrible thing here is that depression is the one illness where talking about it really helps relieve symptoms. Depression is an illness of thoughts and if we toxify the air with ideas that men should just shut up about their illnesses, especially invisible ones, then men will end up not only being silent, but also beating themselves up more for being ill in the first place.

So, let’s take men out of their narrow emotional box. Let’s talk openly about what we feel, especially when what we feel could be damaging us.

In other words, let's not man up. Let's speak out.