Suicide Isn’t About Wanting to Die 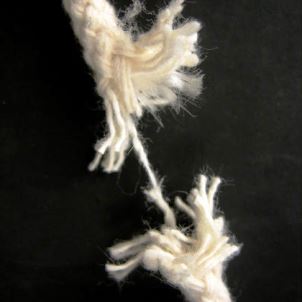 There are many misconceptions when it comes to suicide. People believe that it is selfish, egotistical, and even immoral. To stipulate, I am speaking of suicide in the context of mental illness. I am not speaking about assisted suicide in the context of choosing not to fight a terminal disease or cases like in old spy movies, where the captured spy takes the cyanide pill.

As someone who has been suicidal and has worked with a lot of suicidal people, I can tell you with authority that the biggest misconception is that people who are contemplating suicide want to die. But if death isn’t their primary motivation, what is?

What Makes People Think of Suicide?

Wanting to die by suicide is almost never normal. Most people never contemplate suicide. I was surprised to learn this, at 23 years old, because up until then, I had contemplated suicide most every day of my life, as far back as I can remember, at least. On good days, I thought, “I don’t want to die,” and on bad days, I thought, “Maybe today is the day I end my life.” But if thinking of suicide is so abnormal, what would make someone do it?

Pain, loneliness, and hopelessness can make people desperate and, in those desperate moments, a person’s thoughts become distorted. It becomes easy to believe that the feelings of those moments will never improve, and suicide seems like the answer.

As the isolation builds and depression starts to overwhelm even happy memories, everything they have ever done becomes tainted. While the reality is that they were happy before and will likely be happy again, their minds become clouded and heavy with one thought and one thought only: the pain felt in this moment will never end.

I have fought off the urges to die by suicide, I am here to assure you that there are other options.

The reasons people think about suicide are misunderstood because, to the average person, it makes no sense. Our bodies instinctively protect themselves from danger. We immediately pull our hands back from something hot. It’s without thought; our bodies do it automatically.

Furthermore, how could anyone give up the chance to get better? The answer is very straightforward: people who are contemplating suicide do not believe it will ever get better.

Depression is Temporary; Suicide is Permanent 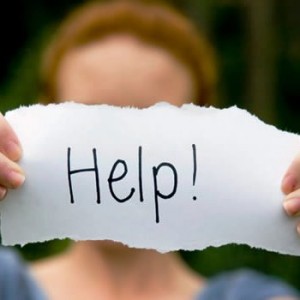 The problem, of course, is that the assumption is wrong. Depression, even the worst depression ever, is temporary. The feelings ebb and flow, and while suicidal people may be tired of the cycle, they are aware it exists. Even without medical intervention like therapy or medication, depression will get better. (Excellent Read: Having an Advocate and Knowing your Triggers)

It is important to remember that these feelings will pass. Tomorrow is another day and you need to hang on and fight, quite literally, for your life. Suicide doesn’t end pain; it ends life. There is no feeling of relief because there is no ability to feel. But the pain remains. It’s transferred onto the people left behind.

Many suicidal people believe that no one will miss them, or that others will be relieved that they are gone. Ask anyone who’s lost a loved one to suicide and you’ll know just how untrue this is.

While it may be obvious to others that a suicidal person has a lot to live for, to them, there is nothing left. They don’t need to be reminded that they have a nice car, friends, or family and they won’t believe they have “a lot to live for.”

Instead, they should be encouraged to fight for tomorrow. They need to understand that what they are feeling is temporary and suicide is permanent. Things will improve. It may require counseling, medication, or both, but it will improve. Suicide, however, removes any possibility of this happening.

Always take talk of suicide seriously. It’s a myth that those who talk about it do not attempt it. On the other hand, suicidal people often do not reach out to others, so it is important to be aware of the signals that could indicate that a person is considering self-harm. Acting withdrawn or agitated, sleeping too much or too little, and reckless behavior are common signs of someone who may be suicidal.

If you know of someone who is suicidal, please call The South African Depression and Anxiety’s national suicide toll-free helpline 0800 567 567 or go to their website www.sadag.org for more info.