Identifying Borderline Personality Disorder in a Friend or Loved One 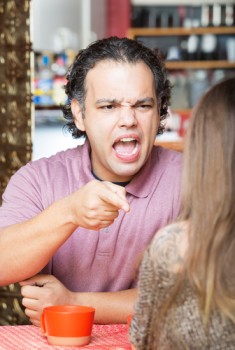 Borderline personality disorder (BPD) is one of the most misunderstood, wrongly-diagnosed mental illnesses. It affects an estimated 14 million Americans, or 5.9 percent of all adults. That means more people suffer from BPD than Alzheimer’s. One out of five psychiatric hospital patients has BPD, as do 10 percent of people in outpatient mental health treatment centers.

Despite all of this, BPD is rarely discussed in public forums. This is in part due to the fact that very few people know what it is or how to identify it.

Your Role in Identifying BPD

When it comes to BPD, few people have more experience treating and studying the illness than Carol W. Berman, assistant clinical professor of psychiatry at the NYU Medical Center. In an article published by the Huffington Post, Berman tells a story about one of her personal interactions with a patient she’d been treating for 20 years.

Despite knowing the patient for more than two decades, Berman was shocked to discover just how little trust existed between the two of them. This realization came one day when she decided she would go with her patient to a followup doctor appointment that was set to give her test results after the removal of her uterine cancer.

When the doctor told her patient that she was cancer-free, Berman smiled and felt relief. However, after the doctor left, the patient started screaming. “You colluded with her! I can’t believe how you doctors were so self-satisfied,” she vigorously proclaimed. “You didn’t even consider me. You and that doctor talked down to me like I was a moron!”

Berman later realized that the good news didn’t even register with the patient. She had been anticipating bad news the whole time and had to find something negative to focus on. Later that day, the patient called Berman and apologized.

This story is just one example of how serious BPD is and what sorts of challenges accompany it. However, the biggest issue is that most people never even identify that they have BPD. This lack of a diagnosis greatly hinders their ability to recover and overcome.

The reality is that some of your closest friends or family members could be suffering from BPD and you probably wouldn’t know it. You may just think they’re angry, disengaged, or temperamental. And while you are not responsible for anyone’s mental illness, you do owe it to your loved ones to be on the lookout for signs of a disorder. Here are the most common symptoms and red flags:

How to Confront a Loved One with BPD

Do you believe someone you love suffers from BPD? Well, you may be their best option for pursuing help. Most people are unwilling to confront a friend and tell them something’s wrong — but it may be the best thing you can do for that individual. You should proceed with caution, though. They could react in any number of ways and you never want to put yourself — or the other individual — in harm’s way. Here are some pointers to consider: