How to spot anxiety and depression in your child 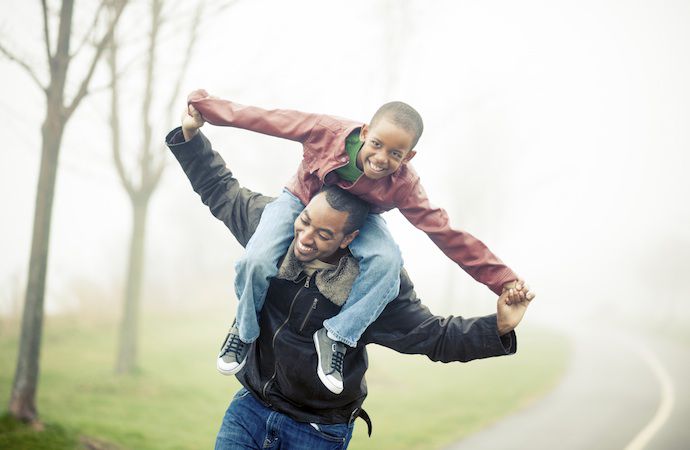 Having fun together in the winter on a foggy day.

Gone are the days when childhood was a time of playing and frivolity. These days, young children are more susceptible to depression and anxiety

Research done last year by the Children’s Society’s annual Good Childhood report showed that South African children are among the unhappiest in the world. It confirmed that out of 15 countries surveyed, only children in England and South Korea are unhappier than South African kids. The countries in the report also included Ethiopia, Romania and Algeria. To affirm this, the South African Depression and Anxiety Group (Sadag) says that the number of children between the ages of 10-14 who committed suicide has more then doubled in the last 15 years.

Younger and younger children are finding themselves in situations where they feel as though they are unable to cope with life pressures. Childhood is often seen as an idyllic time of freedom and fun. However, Johannesburg-based clinical psychologist Liane Lurie says things have changed.

“The pressures that children are facing are far greater than they have ever been, whether it’s the pressure to succeed at school or if they are being bullied – these are the sorts of things that all combine to create factors that are part and parcel of anxiety and depression,” she explains.

According to Sadag, having a chronic illness, a learning or physical disability, family fights or poor relations and exposure to violence makes children more susceptible to suicidal thoughts. A big disruption, such as a change of friends, or the the loss of a family member can also increase the stress.

“We also have to look at whether there has been a history of depression and anxiety in the family because that makes it more likely that they are at risk,” says Lurie.

Almost one in 10 teen deaths are the result of suicide, says Sadag.

The idea that their child may commit suicide is every parent’s nightmare, but if the statistics are correct, parents and care givers need to be more vigilant. Lurie says younger children are often unable to express themselves when they are distressed.

“With young people it manifests itself as disorganised behaviour. Older kids are more able to verbalise what is actually going on,” says Lurie.

According to Lurie, behavioural change include:

If you think that a young person is thinking of harming themselves, Sadag advises you to help them seek help medical help immediately. Talking to someone may help them get the help that they need.