The New Fix for Depression 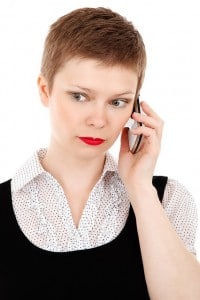 People deal with depression in numerous ways. They eat too much, drink too much, smoke too much, take too many drugs, gamble too much, lie around too much, stay home too much, take antidepressant medication, fight with their neighbors, drive recklessly, join gangs, work out too much or just work too much—among many other things.

A study in the April 1 issue of the journal, Depression and Anxiety, found a correlation between time spent on social media and depression. The study, involving nearly 1,800 men and women between the ages of 19 and 32, found that young people, beginning in their teens, were online often and many who were online were also depressed. Researchers administered a questionnaire that tallied the amount of time participants spent on 11 well-known social media platforms: Facebook, YouTube, Twitter, Google Plus, Instagram, Snapchat, Reddit, Tumblr, Pinterest, Vine and LinkedIn. They then correlated that finding with the degree of depression participants reported.

The study could not determine whether depressed young people spent more time on social media or whether spending time on social media leads to depression. “One strong possibility is that people who are already having depressive symptoms start to use social media more, perhaps because they do not feel the energy or drive to engage in as many direct social relationships,” Dr. Brian Primack speculated. He is the senior author of the study and the director of the Center for Research on Media, Technology, and Health at the University of Pittsburgh.

Primack may be on the right track, not only about young people but people of all ages. However, since this study only surveyed young people and did not delve deeply into the causality of the relationship between depression and time spent on social media, we can only make educated guesses. I conducted a small survey of my own in my college classes.

What we do know is that people in America today, especially in cities, do not for the most part enjoy extended families or an extended social network. Their lives are more work than play. Perhaps, as Primack suggested, they don’t have the energy or drive to engage in as many direct social relationships. It’s so much easier to click on your smart phone and go to Facebook or text somebody. As one of my college students put it, “You have the feeling of being connected without really being connected. That way you have a buffer against rejection.”

Students in my college classes in New York are never without their smart phones and it is a full-time job to keep them from going to their phones during class. Certainly what is on their phones is more interesting to most of them than what is going on in my psychology class. They seem to do more socializing on their phones than in real life. They sometimes work two jobs, go to school and sleep a few hours a night. “Who has time for a social life,” another student commented.

Primack also pointed to a possible “vicious circle,” in which depressed people turn to social media only to have their depression worsen. The more time one spends on Facebook, the more one becomes aware of being alienated from others. The more one feels alienated, the more time one spends online. “Your life is not a real life but a twitter life,” was a way another of my students put it.

The link between social networking and depression may also point to a decline in social skills. In order to maintain person-to-person social relationships one needs to have certain skills, which are usually taught by families. These are the skills that help you maintain relationships and help you get the most out of them. It may be that many young people are lacking in these skills and therefore choose to relate in a more distant way.

On the other hand, dealing with depression by hanging out on social networks would seem to be a better method than many others. If you have a choice between getting drunk or immersing yourself in a social network, you might want to choose to link in.