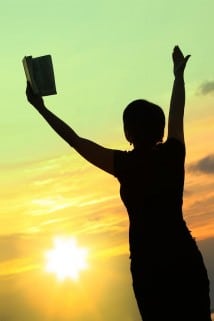 I think it took me a long time to sit facing a psychotherapist because adult children of seriously mentally ill mothers are trained since they were young to believe three things:

The reality of the points above has shown itself in the following ways in my life:

It’s no wonder that children of mentally ill mothers may end up suffering themselves, living as they do with the underhand criminal we call mental illness, the stalker of their mother’s brain. But I like to think we also suffer from courage, resilience, a mastery of swearing (swearing loudly and swearing quietly at the back of people’s heads) and a nonjudgmental attitude to others. The questions the child of a mentally ill mother may ask, may not be your average questions:

Mum thinks I am poisoning her dinner and she won’t eat. How do I get mum to eat?

Why is my mum afraid of the cooker? Why is she afraid of washing her hair?

Oh God, what are these big kitchen knives I keep finding hidden around the house?

All of this — sectioning your own mother, being afraid of your own mother, her deep, deep, depressions, her psychoses, the utter chaos of family life, a house full of social workers and psychiatrists, doctors, police, relatives with raised voices, relatives who say they can’t handle this and leave — all of this is life for the child of a mother with serious mental illness. They think it’s normal, why make a fuss? Yet all of this is inside their head, it’s inside their heart, filling it up until it swells so much that it bursts and they tumble and fall and come to you: the psychotherapist, the counselor, the person who looks them in the eye. And what are they bringing you?

If you’re a psychologist, a psychotherapist, a counselor, I know you know all of that. But I’m waving a sign anyway, waving it to highlight how life is for children of seriously mentally ill mothers because they matter too. I’m shouting through a megaphone and setting off fireworks because if I can get people to understand what’s inside the hearts of children like these, then maybe next time they sit in front of someone caring and interested enough to listen to their story, that person will be better able to help them begin to heal.