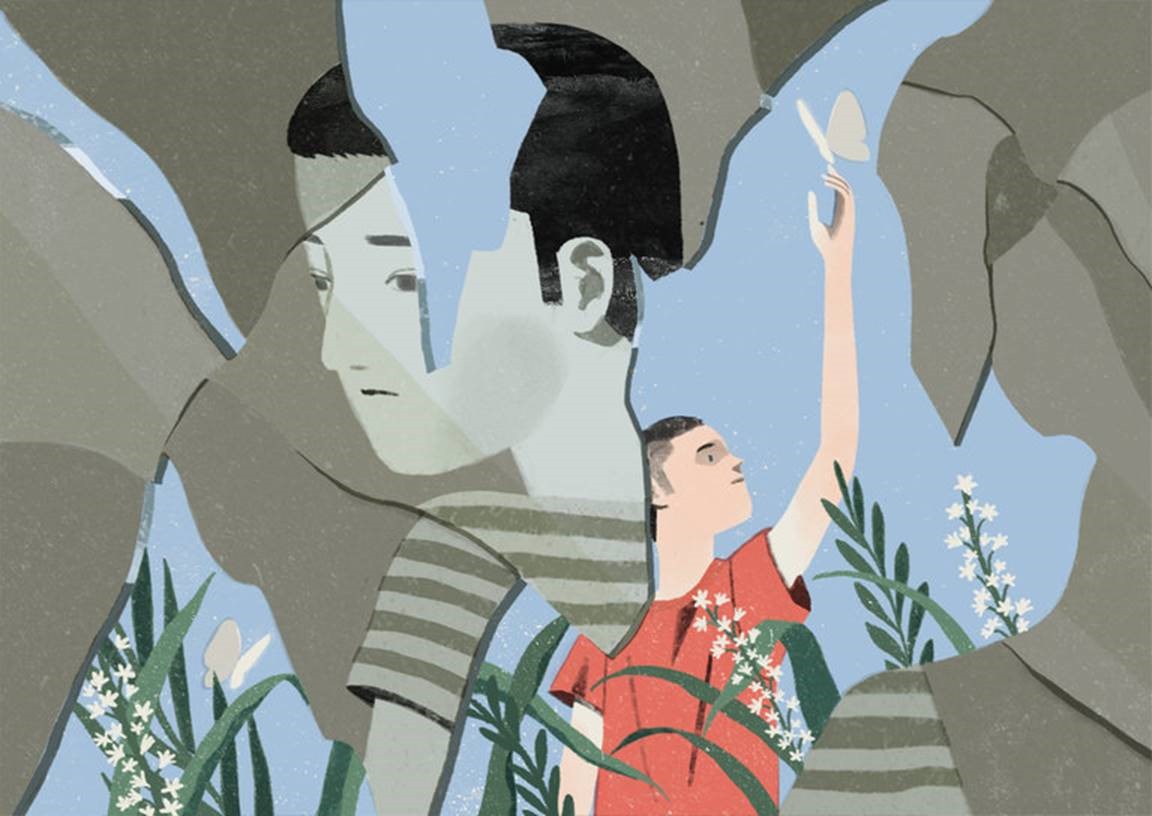 Almost four million American teenagers have just started their freshman year of high school. Can they learn better ways to deal with all that stress and insecurity?

New research suggests they can. Though academic and social pressures continue to pile on in high school, teenagers can be taught effective coping skills to skirt the pitfalls of anxiety and depression.

David S. Yeager, an assistant professor of psychology at the University of Texas at Austin and a leading voice in the growing effort to help college students stay in school, has been turning his attention to younger teenagers to help shore up their resilience at an earlier age.

His latest study, published in the journal Psychological Science, found a surprisingly effective technique. At the beginning of the school year, students participated in a reading and writing exercise intended to instill a basic, almost banal message to help them manage tension: People can change.

The students who completed the exercise subsequently had lower levels of stress, reported more confidence in coping and achieved slightly higher grades at year’s end, compared to a control group. These results were measured through the students’ self-reporting in online diaries and through cardiovascular and hormone measurements.

The studies are small. Some 60 students, recruited from the Rochester, N.Y., area, participated in the first trial; the second involved 205 ninth graders from a high school in suburban Austin, Tex. In 2017, researchers will try to reproduce these results on a larger scale, in some 25 high schools across the country.

Adults played no significant part in the exercise, researchers said. Students essentially taught themselves this mental buffer, and when they were inevitably rattled by social stress, they had a reassuring interpretation ready to frame it.

John R. Weisz, a psychology professor at Harvard who was not involved in the research, found the approach efficient and powerful. “If you’re an adolescent and you experience social harm, it’s not fixed that you will always be a target. You can change,” he said. “And over time, others can change, too. They may mellow and not be so cruel. That’s an interesting twist for kids to learn, and a good one.”

First, students read a short, engaging article about brain science, describing how personality can change. Then they read anecdotes written by seniors about high school conflicts, reflecting how they were eventually able to shrug things off and move on. Finally, the students themselves were asked to write encouraging advice to younger students.

Dr. Yeager and his colleagues have so far tried this intervention in five schools. In one study, 300 high school freshmen used this same method; nine months later, the prevalence of depression they reported was 40 percent less than in a control group.

If the results remain robust after the 2017 trials, Dr. Yeager plans to release the intervention material for free through a Stanford University project that provides learning support for students.

The breadth and depth of adolescent depression and anxiety is well established. A 2015 study found that nearly 11 percent of teenagers experience depression; other reports have even higher figures. Between sixth and 10th grade, the rate of depression doubles for boys and nearly triples for girls. And studies show that while a large percentage of teenagers face high stress on a daily basis, rates of coping skills are weak.

Dr. Yeager’s intervention suggests that if teenagers can hold onto a long view, they can soldier through immediate mortifications at the cafeteria lunch table. The takeaway: You are not doomed to be excluded forever. Neither your personality nor that of your tormentor’s is frozen.

The latest results from Dr. Yeager’s study are drawn from two related trials.

In the first, 60 students, ages 14 to 17, were assessed for baseline cardiovascular activity and levels of cortisol, a stress

Then half the students received the following intervention:

First, they read the science article, which was chatty and informative and presented as new, insider information about how personality could evolve. Next, they read accounts by seniors which, in effect, proved the article’s thesis.

“When I was a freshman,” one wrote, “I felt left out when everyone got invited to one of my friend’s house and I didn’t. It’s like ... they forgot about me. Or even worse that they thought about me but didn’t think I was cool enough to get invited.”

But, the writer continued, “No matter how much it hurt, it wasn’t going to last forever. ... They might even realize how much pain they were causing others and decide to change.”

The student made friends outside of school, became involved in clubs and sports and, in time, “things definitely improved.”

After reading the science article and the older students’ narratives, the students in the study were asked to reflect on a time when they felt rejected. Then they were given a writing assignment: Looking back, what advice about change would you pass on to younger students?

Finally, both the intervention group and the control group were assigned stressful tasks: Give a five-minute speech about what factors make teenagers popular. Then, count backward, aloud, from 996 — by sevens.

Afterward, students who received the intervention showed half the cardiovascular reactivity of the control group. Their levels of cortisol dropped by 10 percent; they were coping. By contrast, the cortisol levels in the control group increased by 45 percent.

Dr. Yeager believes it helps that the teenagers learned coping skills in a lecture-free zone. “The more adults tell kids how to deal with their social life, the less kids want to do it that way,” he said.

“We’re asking kids to persuade other kids,” he added. “That feels respectful to them, and motivating. It’s a chance to matter. As these freshmen reflect on how they coped in middle school, the exercise forces them to put things in perspective.”

The second study compared 205 ninth graders in one school, half of whom received the intervention. All of them filled out a standardized online diary for a week, noting each day’s stressful events.

At the end of the year, the intervention students had grades that were slightly higher than the control group’s.

Laurence Steinberg, a professor of adolescent psychology at Temple University, said there has been much discussion about what schools can do to bolster students’ social and emotional skills.

Research has shown, he said, that “if kids believed intelligence was fixed, they would believe nothing could be done. But if you could change their belief to think that intelligence was malleable and incremental, their academic performance would improve.”

Dr. Yeager, he added, has been applying this idea to personality.

“This intervention is not a self-esteem enhancer, which is a failed model,” Dr. Steinberg said. “But it does boost kids’ self-confidence by changing their belief in their own ability to change.”