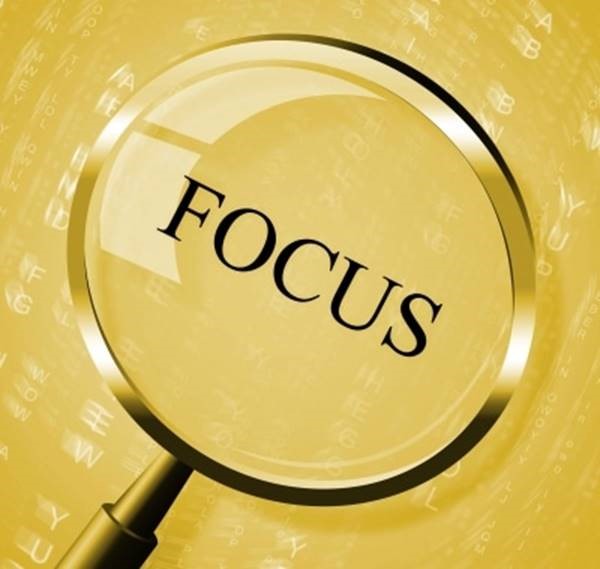 When my son Dan’s OCD was severe, he seemed distracted most of the time. When I’d try to have a conversation with him, he’d either look right through me, oblivious to what I was saying, or he’d stare into the distance, as if he was daydreaming.

I’d get frustrated with him and sometimes lose my patience. “Dan, will you please pay attention?”
What I didn’t realize at the time was that Dan was paying attention. In fact he was paying very close attention – just not to me. His focus was one hundred percent on his obsessive-compulsive disorder.
Some people with OCD complain they have trouble concentrating. But in most cases I don’t think the ability to concentrate or focus is really the issue. The problem, I believe, is that it’s quite difficult to give your full attention to more than one thing at a time. Try watching two different programs on two different televisions simultaneously, and you’ll see what I mean. And for those who are dealing with sizable cases of obsessive-compulsive disorder, the volume on the “OCD channel” is usually much louder than the volume on the “real life channel.”

It’s not surprising that having to fully attend to one’s OCD likely has a negative effect on a  person’s life. For children (or for anyone in school), paying attention to the teacher, reading and completing assignments, and connecting with peers, might be almost impossible with OCD vying for attention. In fact, it is not uncommon for children with OCD to be misdiagnosed with ADHD. Adults who are raising a family, out in the workplace, or just attempting to live whatever lives they desire, face similar battles with attention.
I think it’s also important to note that both obsessions and compulsions can overwhelm our minds and cause problems with concentration. For example, someone who has harming obsessions (fearing they will harm themselves or others) might develop a ritual such as counting to 1,000 to keep something bad from happening. So both the obsession and compulsion here require a lot of attention, with little room left to focus on anything or anyone else. And in true OCD fashion, some people might even develop an obsession about not being able to concentrate, and then engage in rituals to try to monitor their concentration levels. This just adds to the mess of OCD.

So what’s the answer? Some people have spoken favorably about using mindfulness to help with concentration, or perhaps allowing themselves twenty minutes or so at a time to work on a project. But what would be most helpful, in my opinion, would be to shut off that second television. And the way to do that is through exposure and response prevention (ERP) therapy, the evidence-based treatment for OCD. Once OCD’s volume has been turned off or at least lowered, you’ll be able to better concentrate on the things that truly matter in your life.

About Janet Singer
I am a mom whose son was completely debilitated by severe OCD in 2008. Thankfully he made a remarkable recovery and is now living life to the fullest. I've since become an advocate for OCD awareness with the goal of spreading the word that OCD, no matter how severe, is treatable. I am the author of Overcoming OCD: A Journey to Recovery (Rowman & Littlefield, January 2015) and have my own blog about OCD at ocdtalk.wordpress.com. There truly is hope for all those who suffer from this insidious disorder!
View all posts by Janet Singer