This is a story of accepting my child’s mental illness and moving through the stages of grief. I want this story to serve an emotional purpose. For others parenting a child with mental illness, I hope it normalizes your experience. For people who haven’t been through this but want to support a parent, I hope it makes those feelings real for you. Mental illness in children is gut-wrenching to watch. As a parent, the grief can be crippling, and because others don’t always understand, the grief can be lonely. We need understanding when parenting a child with a mental illness if we’re going to push through the stages of grief towards the hope on the other side.

Accepting Your Child Has a Mental Illness in Stages 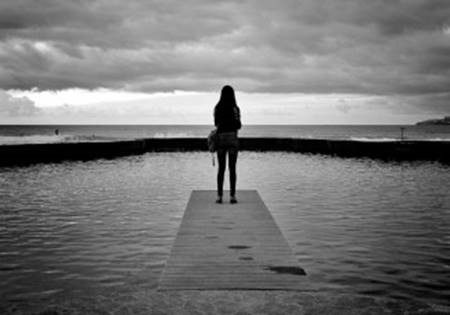 This blog has addressed the stages of grief before in Grieving a Child with Mental Illness, and gives basic facts in the context of parenting a child with mental illness. I have felt it all.

Before my son’s official diagnosis, I suspected something was wrong. He rarely slept. He had troubling signs of emotional difficulties. My family went out less to avoid judgment at the inevitable outbursts. By the time we got the diagnosis, it felt like we had no one left who understood. Even if we did, I was afraid others might perceive my child as “not normal.”

The bargaining in grief is subtle when you’re parenting a child with a mental illness. It is the daily, heartbreaking wish that I could take the burden off my son. If it would make his life better, I would live all his struggles for him.

I cry a lot. I worry myself sick. Birthday parties are terrifying because I wonder if this year no one will show up. Whenever the school’s phone number appears on my phone, I have a mini-panic attack. Some days, I’m convinced I’m the worst parent ever, and it doesn’t help that others openly say it’s parenting, and not a mental illness, behind behaviors (Parenting and Anxiety: What’s Normal?).

Part of the grief of parenting a child with a mental illness means I am angry all the time. I was angry before the diagnosis because I didn’t understand what was happening. I was angry afterward because I’ve seen serious mental illness in grown-ups, and it shouldn’t have to happen to children.
I get especially angry at parents with typical kids. They lament about children who talk back or don’t do homework. Meanwhile, my son once tried to kill himself. Having a suicidal child is devastating. I don’t have energy left for homework woes, so I come off as cold to typical parents.
Then there’s the judgment. “Attention-deficit/hyperactivity disorder (ADHD) isn’t real,” a teacher insists.
“You just don’t take him outside enough,” an auntie declares.

I’m told I’m either over-exaggerating, not parenting well or raising a bad seed. I know none of that is true but I still get angry.

I’ve only recently felt acceptance. At first, only a few minutes of it, but those minutes became hours, and now whole days pass in which I cope just fine. I take one day at a time. If I think too far ahead, the anxiety becomes crushing.
More and more often, though, parenting provides joy. ADHD medications are working. Setbacks happen but they’re not big. We’ve made accommodations and they’re helping my son reach expectations that, this time last year, looked impossible.

Accepting Your Child Has a Mental Illness Leads to Hope

We all cycle through grief in our own way. It’s important, though, that as parents, we take back from mental illness what it stole from us.

I took back control. Mental illness doesn’t make my decisions anymore. No, my son probably won’t make it through an afterschool activity, but we’ll try anyway. I am present at every IEP meeting, teacher conference and school activity. When something isn’t working, we try to force the sometimes broken system to work for my son some other way.

I now talk about mental illness openly. Speaking up about my child’s struggles provides a voice for him. It breaks the stigma surrounding mental illness. When I speak openly, I gain support. The people who stick around now will stick around even when my son is at his darkest hour because they’re prepared and they understand.

With community, we can make it through the grief and parent a child with mental illness with hope.