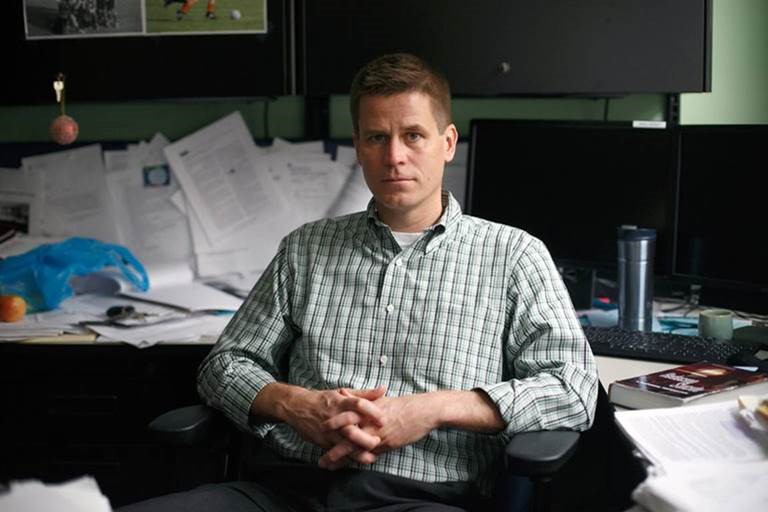 “Maybe in young children, we need to look at behavioral markers,” said Jeffrey Bridge, the senior author of the new research.
Credit Maddie McGarvey for The New York Times

Attention deficit disorder is the most common mental health diagnosis among children under 12 who die by suicide, a new study has found.

The research was published on Monday in the journal Pediatrics.

About a third of the children of each group had a known mental health problem.

The very young who died by suicide were most likely to have had attention deficit disorder, or A.D.D., with or without accompanying hyperactivity.

By contrast, nearly two-thirds of early adolescents who took their lives struggled with depression.

Suicide prevention has focused on identifying children struggling with depression; the new study provides an early hint that this strategy may not help the youngest suicide victims.

“Maybe in young children, we need to look at behavioral markers,” said Jeffrey Bridge, the paper’s senior author and an epidemiologist at the Research Institute at Nationwide Children’s Hospital in Columbus, Ohio.

Jill Harkavy-Friedman, the vice president of research at the American Foundation for Suicide Prevention, agreed. “Not everybody who is at risk for suicide has depression,” even among adults, said Dr. Harkavy-Friedman, who was not involved in the new research.

Yet the new research does not definitively establish that attention deficit disorder and attention deficit hyperactivity disorder, or A.D.H.D., are causal risk factors for suicide in children, Dr. Bridge said. Instead, the findings suggest that “suicide is potentially a more impulsive act among children.”

Other experts cautioned that it was hard to draw definitive conclusions from such a small population.

David N. Miller, the president of the American Association of Suicidology, applauded the new research for insight into “an understudied population.” But he questioned whether impulsiveness was a large factor in child suicide. “There is a lot of evidence it isn’t,” he said.

Researchers used a database with detailed suicide reports from coroners and medical examiners. It was unclear whether mental health professionals had diagnosed attention deficit problems in each case.

Dr. Nancy Rappaport, a child psychiatrist and part-time associate professor at Harvard Medical School, said she suspected that children listed as having A.D.D. or A.D.H.D. often might not have had the conditions. Children with bipolar disorder “are often undiagnosed under 12,” she said, and their conditions are “often confused with A.D.H.D.”

Last year, researchers from Nationwide Children’s Hospital, among others, reported that the suicide rate among black 5- to 11-year-olds had almost doubled since 1993, while the rate for their white peers had declined.

The new report found that about 37 percent of elementary school-aged children who committed suicide were black, compared with just 12 percent of adolescents who did so.

Still, Dr. Rappaport said, “This study shouldn’t raise alarms for African-American families that have children diagnosed with A.D.D. that they need to worry that their child will impulsively kill themselves.”

“It’s usually a much more complicated picture,” she added.

The new study detailed a convergence of circumstances before suicide deaths in the very young.

The children most commonly had fought with a relative or peer before committing suicide. About a third of the children and adolescents had experienced a problem at school. A similar percentage had gone through a recent crisis.

“Younger kids don’t necessarily have the words to negotiate the conflict, to talk about what they are feeling or seek a solution,” Dr. Harkavy-Friedman said.

“It’s O.K. to ask your child, ‘Are you feeling like you don’t want to be around anymore?’” she added. “It won’t put the idea in their head, but it opens the door for a conversation.”

About 30 percent of the nearly 700 children studied in the new research had told someone of their suicidal intentions.

Not only is it important to take seriously a declaration of suicidal intent, no matter the child’s age, Dr. Harkavy-Friedman said, but it is also crucial for pediatricians, parents and school personnel to broach the topic with children if the adults are concerned.

“We know that often kids don’t necessarily disclose that they are suicidal,” Dr. Miller said.

But, he added, “they will disclose if they are asked.”