Are Teenagers Replacing Drugs With Smartphones? 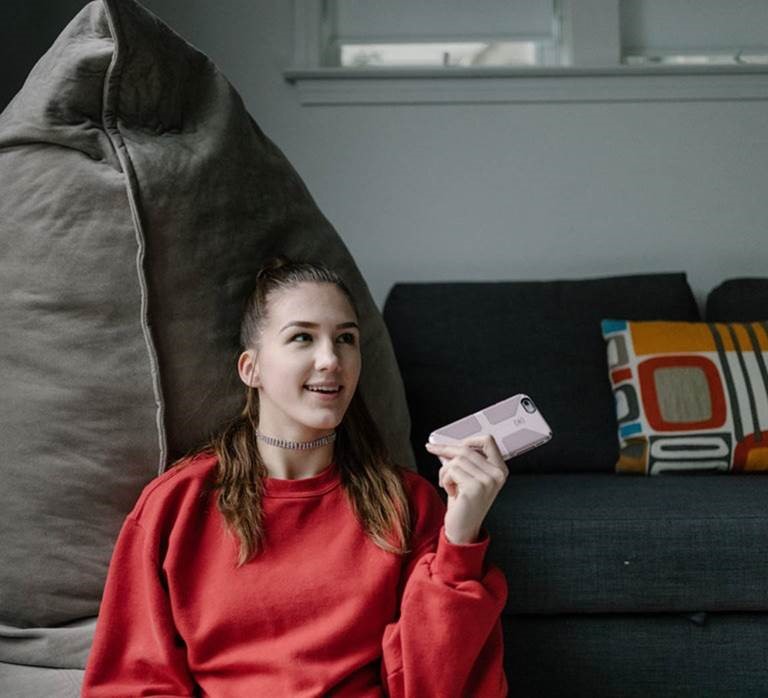 Alexandra Elliott, a high school senior, says she is a heavy phone user and that using it for social media “really feels good.”
Credit Jason Henry for The New York Times

Amid an opioid epidemic, the rise of deadly synthetic drugs and the widening legalization of marijuana, a curious bright spot has emerged in the youth drug culture: American teenagers are growing less likely to try or regularly use drugs, including alcohol.

With minor fits and starts, the trend has been building for a decade, with no clear understanding as to why. Some experts theorize that falling cigarette-smoking rates are cutting into a key gateway to drugs, or that antidrug education campaigns, long a largely failed enterprise, have finally taken hold.

But researchers are starting to ponder an intriguing question: Are teenagers using drugs less in part because they are constantly stimulated and entertained by their computers and phones?

The possibility is worth exploring, they say, because use of smartphones and tablets has exploded over the same period that drug use has declined. This correlation does not mean that one phenomenon is causing the other, but scientists say interactive media appears to play to similar impulses as drug experimentation, including sensation-seeking and the desire for independence.

Or it might be that gadgets simply absorb a lot of time that could be used for other pursuits, including partying.

Nora Volkow, director of the National Institute on Drug Abuse, says she plans to begin research on the topic in the next few months, and will convene a group of scholars in April to discuss it. The possibility that smartphones were contributing to a decline in drug use by teenagers, Dr. Volkow said, was the first question she asked when she saw the agency’s most recent survey results. The survey, “Monitoring the Future,” an annual government-funded report measuring drug use by teenagers, found that past-year use of illicit drugs other than marijuana was at the lowest level in the 40-year history of the project for eighth, 10th and 12th graders.

Use of marijuana is down over the past decade for eighth and 10th graders even as social acceptability is up, the study found. Though marijuana use has risen among 12th graders, the use of cocaine, hallucinogens, ecstasy and crack are all down, too, while LSD use has remained steady.

Even as heroin use has become an epidemic among adults in some communities, it has fallen among high schoolers over the past decade, the study found.

Those findings are consistent with other studies showing steady declines over the past decade in drug use by teenagers after years of ebbs and flows. Dr. Volkow said this period was also notable because declining use patterns were cutting across groups — “boys and girls, public and private school, not driven by one particular demographic,” she said.

“Something is going on,” Dr. Volkow added.

With experts in the field exploring reasons for what they describe as a clear trend, the novel notion that ever-growing phone use may be more than coincidental is gaining some traction.

Dr. Volkow described interactive media as “an alternative reinforcer” to drugs, adding that “teens can get literally high when playing these games.”

Dr. Silvia Martins, a substance abuse expert at Columbia University who has already been exploring how to study the relationship of internet and drug use among teenagers, called the theory “highly plausible.”

“Playing video games, using social media, that fulfills the necessity of sensation seeking, their need to seek novel activity,” Dr. Martins said, but added of the theory: “It still needs to be proved.”

Indeed, there are competing theories and some confounding data. While drug use has fallen among youths ages 12 to 17, it hasn’t declined among college students, said Dr. Sion Kim Harris, co-director of the Center for Adolescent Substance Abuse Research at Boston Children’s Hospital.

Melanie Clarke, 18, says she is rarely without her phone. “When I’m home, my first instinct is to go for the phone,” she said.

Dr. Harris said she had not considered technology’s role and would not rule it out given the appeal of the devices, but said she was “hopeful” drug use by teenagers had decreased because public-education and prevention campaigns were working. Dr. Joseph Lee, a psychiatrist in Minneapolis who treats teenage addicts at the Hazelden Betty Ford Foundation, said he suspected that drug use and experimentation had changed because the opioid epidemic had exposed many more people and communities to the deadly risks of drugs, creating a broader deterrent.

Explanations aside, researchers unanimously expressed hope that the trends would persist. They noted it was crucial to continue efforts to understand the reasons for the decline, as well as to discourage drug use.

Though smartphones seem ubiquitous in daily life, they are actually so new that researchers are just beginning to understand what the devices may do to the brain. Researchers say phones and social media not only serve a primitive need for connection but can also create powerful feedback loops.

“People are carrying around a portable dopamine pump, and kids have basically been carrying it around for the last 10 years,” said David Greenfield, assistant clinical professor of psychiatry at the University of Connecticut School of Medicine and founder of The Center for Internet and Technology Addiction.

However, she said, the phone provides a valuable tool for people at parties who don’t want to do drugs because “you can sit around and look like you’re doing something, even if you’re not doing something, like just surfing the web.”

“I’ve done that before,” she explained, “with a group sitting around a circle passing a bong or a joint. And I’ll sit away from the circle texting someone.”

Melanie Clarke, an 18-year-old taking a gap year and working in a Starbucks in Cape Cod, Mass., said she had virtually no interest in drugs, despite having been around her. “Personally, I think it is a substitution,” Ms. Clarke said of her phone, which she said she was rarely without. Ms. Clarke also said she thought the habits depended on the person. “When I’m home alone, my first instinct is to go for the phone. Some kids will break out the bowls,” referring to a marijuana-smoking device.

“There is very little hard, definitive evidence on the subject,” said James Anthony, a professor of epidemiology and biostatistics at Michigan State University and an expert on drug-use behavior. Still, he said, he has begun wondering about the role of technology on youth drug use: “You’d have to be an idiot not to think about it.”

To see declines in drug use, Mr. Anthony said, “it would not take much in the way of displacement of adolescent time and experience in the direction of nondrug ‘reinforcers’ that have become increasingly available.”

The statistics about drug and technology use depict a decade of changing habits.

In 2015, 4.2 percent of teenagers ages 12 to 17 reported smoking a cigarette in the last month, down from 10.8 percent in 2005, according to the federal Substance Abuse and Mental Health Services Administration. Its survey also found that past-month alcohol use among 12- to 17-year-olds had fallen to 9.6 percent from 16.5 percent, while rising slightly for young adults ages 18 to 25.

The survey found smaller but still statistically significant decreases in cocaine use by youths ages 12 to 17. Marijuana use was flat over the same decade: In 2015, 7 percent of 12- to 17-year-olds said they had smoked the drug, roughly the same number in 2005. But that was down from 8.2 percent in 2002 and it contrasted with the trend for the population as a whole — such use was up to 8.3 percent in 2015, compared with 6 percent a decade ago.

At the same time, gadgets are consuming a growing portion of young people’s time. A 2015 survey published by Common Sense Media, a children’s advocacy and media ratings group in San Francisco, found that American teenagers ages 13 to 18 averaged six and a half hours of screen media time per day on social media and other activities like video games.

Smartphones and computers are a growing source of concern, said Eric Elliott, Alexandra’s father, who is a psychologist at her school. Mr. Elliott, who has counseled young people for 19 years, said he had seen a decrease in drug and alcohol use among students in recent years. He said he was “more likely to have a challenge with a student who has a video game addiction than I am a student who is addicted to drugs; I can’t say that for the beginning of my career.”

In the case of his own daughter, he worried more about the device than the drugs.

“I see her at this point and time as not being a person who is controlled in any way by smoking pot,” he said. But “her phone is something she sleeps with.”