Have You Ever Self-Harmed Without Realising? 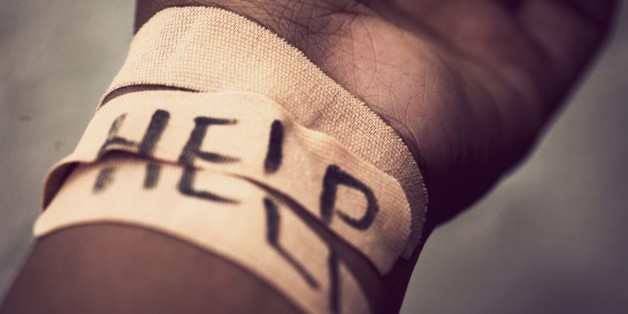 With an average of one in ten people self-harming, it’s important that we’re all aware of the facts, the definition, and how we can help others. You may think that self-harm purely means somebody cutting themselves. This is not always the case; self-harm can describe many things people may do to themselves whilst experiencing overwhelming emotions.

WHAT IS SELF HARM?

Self-harm is a ‘deliberate injury to oneself. It may be a way to express emotional pain. Some people who self-harm say that turning their emotional pain into physical pain can bring relief. According to selfharm.co.uk, any form of self injury can become addictive.

Ways in which people may harm themselves vary, but the most common ways include cutting, burning, punching and pinching oneself. Other ways people may self-harm (without being fully aware that it is a form of self harm) is by excessive use of drugs and alcohol. Self-harm often happens when someone is feeling angry, frustrated or very upset. It is important to reflect on what caused that emotion to try to prevent further self-harm. Any action that eases emotional pain by causing physical pain can be thought of as self-harm.

It’s important to remember that people who self-harm don’t enjoy it. They see it as something they need to do to cope with their emotions. Self-harm tends to decrease the severity in which certain negative emotions are felt, at least for a while - this is the addictive part. It does not take long for those emotions to come back and the individual may feel the need to self-harm again to make those negative feelings go away.

SELF HARM: THE MYTHS

People only self-harm for attention. Self-harm can be very private. Most people who self-harm make a lot of effort to cover it up. Others may be open about their harming as a way to get help. Simple attention (particularly if people are critical of the person self-harming) can make matters worse.

Every year, 1 in 5 females and 1 in 7 males harm themselves.

Around half of those who self-harm begin when they are around 14, continuing into their 20s.

The UK has the highest self-harm rate of any country in Europe.

One third to half of teenagers in America have self-harmed in one way or another.

HOW DO I HELP SOMEBODY WHO SELF-HARMS?

You may know and love somebody who self-harms, and there are plenty of ways you can help. Firstly, let go of any anger you may feel about this person deliberately hurting themselves. It may be difficult for you to witness, but they do this as a way of expressing emotional pain. Anger from you will not help them, it could infact make the entire situation worse. An important factor in recovery is getting to the root of the issue that is causing the emotional pain in the first place. It’s important to remember that some people need years of therapy to fully stop self-harming (as it is their coping mechanism.) Recovery is a long and painful journey, so do not expect them to instantly stop tomorrow. Ask how they are feeling, with no judgement. Do not make them to feel guilty. Although everybody would like to help a loved one, it may be best to reach out to professionals, including your GP initially, for additional support.
SADAG keeps a list of therapists in all areas of South Africa, please call 0800 41 42 43. Open seven days a week, 8am to 8pm.