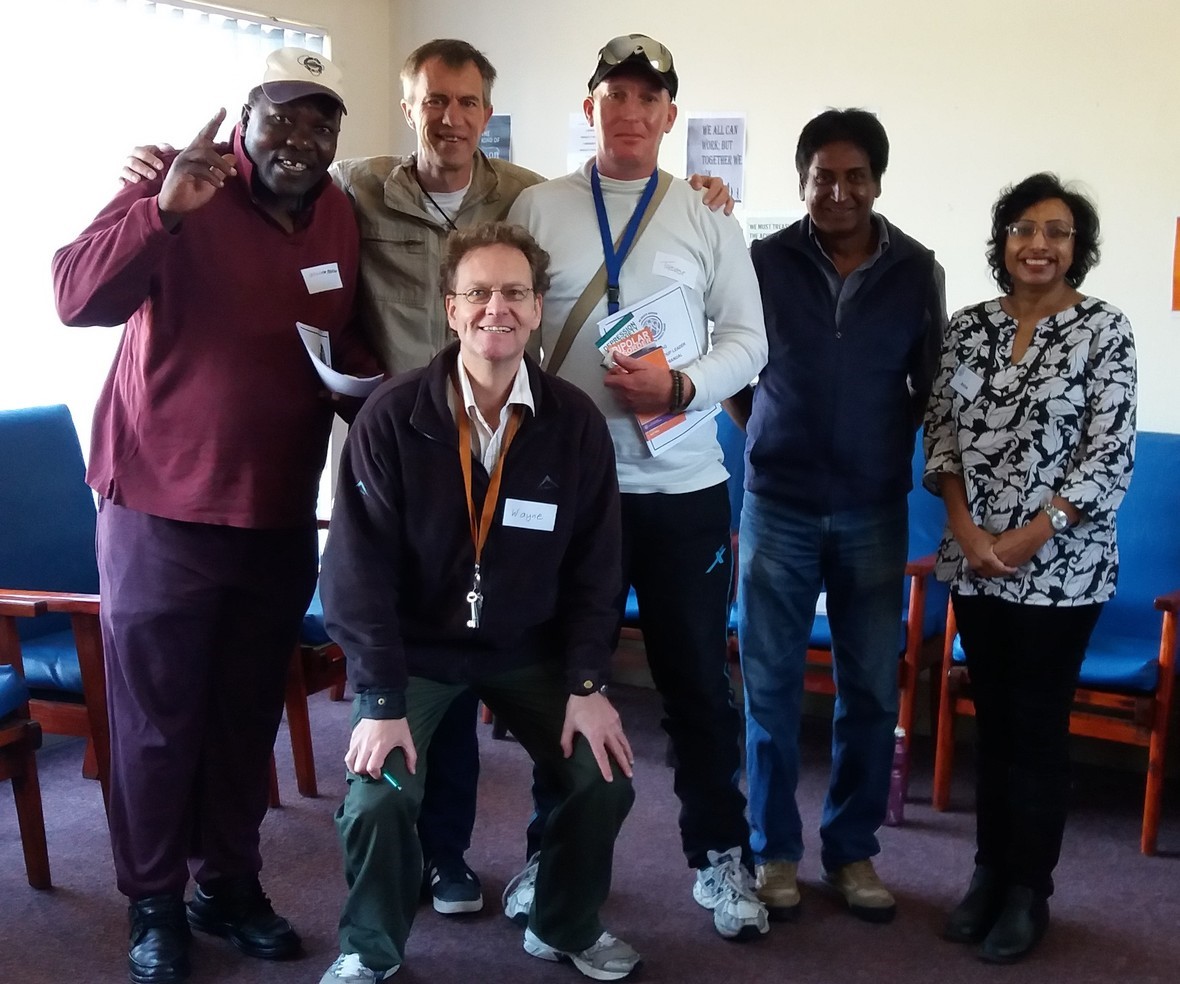 At their request, Anne Rajcoomar our Senior Trainer, went to spend time with them
And learn about their needs and help with establishing their groups.
William Zondi Mbatha, lost family members to HIV/AIDS – wants to run a HIV SG. He has lots of knowledge about the virus and how it is spread, etc. He needs to involve other stakeholders as well, especially when it comes to choosing healthy lifestyles.

Ross Green, used to be addicted to alcohol and drugs and has now been clean and dry for 6 years – wants to run an Alcohol and Drug Abuse SG. Very happy to initiate it.

Wayne Reith has been diagnosed with MDD and he has had his Depression under control for 3 years. He was a CA and holds a MBA but is currently boarded. He also assists with the chapel on-site. He wants to help the younger people who suffer from Depression because he sadly lost his brother who had committed suicide. He is able to talk about his illness and how it has affected him and his family.

Mark Iyer – is able to work outside Talisman and be a full-time resident. He wants to run a Substance Abuse Support Group. He wishes for more coaching. He is of the opinion that his addiction pursued him and his locus of control is very external as opposed to internal. This is not uncommon in Substance Abuse…
Trevor Bloomhill shared his personal insights. He has also lost friends to suicide and Depression. He suffers from Depression and enjoys being a part of Talisman as it gives him stability and a place where he is accepted.
All the SG’s will be hosted at Talisman and Nicola will provide more details as to when they will occur and the frequency of meetings. All attendees were given manuals, brochures, wristbands and pill-boxes.

NB: In the pic from Left to right is William, Ross, Trevor, Mark, Anne and Wayne in front.