The Worst, Most Persistent Myths about OCD 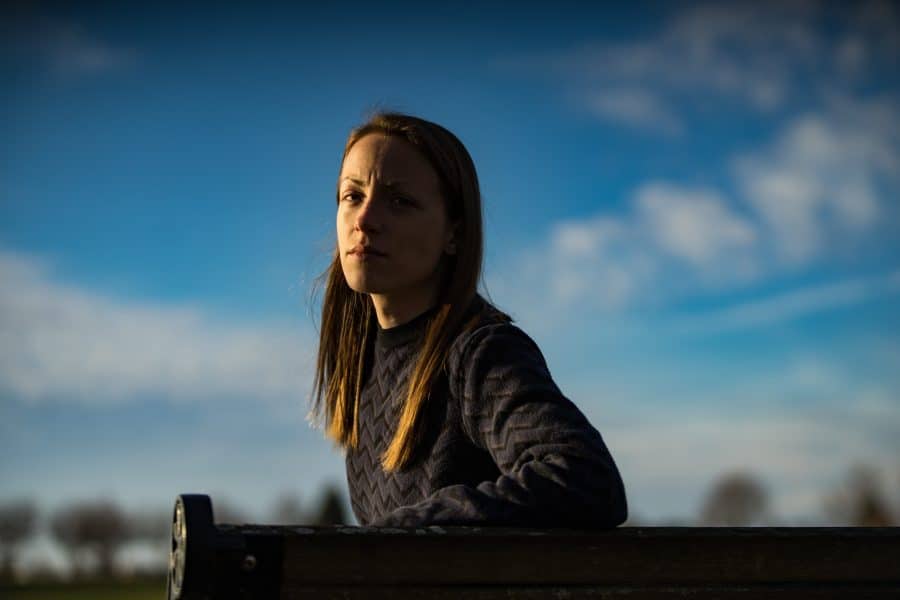 This is what most people think obsessive-compulsive disorder (OCD) looks like: washing your hands excessively because you’re a germaphobe.

Sometimes, people think it’s also needing to have a neat, orderly home, and checking to see if you locked the door way too many times.

And while some of this is true for some people with OCD, it misses the majority of individuals with the illness. As psychologist Martin Hsia, Psy.D, said, “OCD takes many different forms that don’t get written about.”

The Many, Many Forms of OCD

“To paraphrase Tolstoy, in Anna Karenina, famously speaking about families, ‘All people with panic disorder, for example, are alike. Each individual with OCD is different in his or her own way,” said Rodney Boone, PhD, a psychologist and director of the Cognitive Behavior Therapy Center of Southern California.

“In other words, people pretty much panic in very similar ways but people with OCD have obsessions and compulsions that are often quite unique,” Boone said. And the content of their fears is limitless.

“OCD fears reflect the broad range of human concerns,” Boone said. This might include everything from death and afterlife to morality and religious practice to disease and disarray, he said.

Individuals may fear doing something wrong or embarrassing in front of others, or accidentally offending others, said Devon MacDermott, Ph.D, a New York City psychologist specializing in OCD, trauma, and mindfulness. They may have severe discomfort about things not being organized a certain way, or about being homosexual without knowing it, she said.

Some people, who aren’t even religious, worry “Am I going to hell if I didn’t say a prayer?” said Hsia, an assistant director of the Cognitive Behavior Therapy Center of Southern California.

Many individuals engage in compulsions, which are repetitive behaviors and rituals to reduce their extreme anxiety. This might be anything from repeating reassuring phrases to rechecking for mistakes to tapping certain objects to circling the block over and over to make sure you haven’t hit anyone with your car.

Some individuals have obsessions but no compulsions, which is a subtype of OCD known as “Pure O.” For instance, people might have fears about harming themselves or others; being a pedophile; not truly loving their partner; or being a bad person, said Sheva Rajaee, MFT, founder of The Center for Anxiety and OCD in Irvine, Calif.

OCD is “about a heightened threat response,” which “can attack anything,” Rajaee said. “If the brain can think it, OCD can latch onto it and create a whirlwind of doubt.” OCD, she noted, is like having an overprotective, anxious parent living inside your mind, pointing out every possible negative outcome 24/7.

OCD is deeply painful and debilitating, MacDermott said. “Most sufferers are haunted daily—if not moment by moment—by [their] frightening or upsetting thoughts.” If they engage in compulsions, it often becomes a “terrible internal fight,” she said.

“People with OCD almost always know that their thoughts are not really going to come true and that their compulsions don’t make the situation better but they feel helpless to stop or ignore the thoughts.”

These unwanted thoughts or fears tend to stem from what people value most, Hsia said. For instance, this is why new moms have fears about dropping or drowning their babies, he said.

For Candace Ganger, a writer who’s lived with OCD since age 7, the illness manifests in all sorts of ways, and is often a chameleon. “It can change without notice.”

That is, if Ganger is going through a big transition or an especially stressful situation, she’ll start experiencing a shift in her usual tics. “Where I might’ve only eaten a baked potato every day for lunch at the exact same time before, one day my brain will pick something new and I’ll have that every day instead. Or I’ve been known for rubbing my knuckles together in the past, but at some point, it changed to clawing my throat.”

“Even if I know I’m stressed or anxious, there’s no indicator as to what the new tics will be or how long they’ll stay,” said Ganger, author of the YA novel The Inevitable Collison of Birdie & Bash.

According to Rajaee, there are two others. The first is mental health stigma, which leads many people to suffer in silence. Silence then sparks speculation and misinformation, she said. The other reason is lack of education in graduate psychology programs and medical school. As Rajaee said, if professionals don’t fully understand OCD, how can the public?

In fact, she regularly hears awful stories from clients about their past experiences in therapy. Some therapists have called the cops after interpreting clients’ intrusive thoughts as truths. Others have encouraged clients with sexuality obsessions to come out.

“Therapists need to know the difference between an obsession—[which goes] against the client’s personal values and desires, [or] ‘ego dystonic’ thoughts—versus a person who is truly confused about their identity, for example,” Rajaee said.

Practitioners and the public hold other kinds of myths about OCD. Another persistent myth is that people with OCD can stop their thoughts—if they really try. All the experts mentioned that thought-stopping not only doesn’t work, but it also backfires. “Fundamentally, the more we try not to have an experience, the more we have it,” Rajaee said. “We are sending our brain a message that the thoughts and feelings in OCD are dangerous when we try to stop having them.”

MacDermott suggested thinking of it this way: Imagine something you fear most is right in front of you. Someone asks you to simply let it be there—without reacting or running out of the room—until it goes away on its own.

People also assume that OCD is permanent. However, it’s actually “one of the diagnosable disorders that responds best to therapy,” MacDermott said. The most effective treatment for OCD is a type of cognitive-behavioral therapy called exposure and response prevention. In a systematic, step-by-step manner, individuals with OCD face their fears and refrain from engaging in their compulsive rituals.

The best teacher is experiencing something different, Hsia said. This is in stark contrast to trying to reassure yourself or convince yourself that your fears are false—which is actually what feeds and perpetuates OCD, he said.

Rajaee also stressed that the prognosis for living a full life with OCD is considerably positive. Moms who couldn’t hold their babies for fear of harming them now have healthy relationships with their kids, she said. Students who had to re-write their homework over and over until it felt “just right” have graduated school, she said.

The key is to see a clinician who specializes in treating OCD. Because “Working with someone who does not know how to treat OCD can aggravate the symptoms and cause more depression and hopelessness,” Rajaee said.

MacDermott noted that OCD affects about 2 percent of the population. “That’s one in 50 people.”

“Think about the last large room you were in or the people around you in traffic, or, for that matter, your group of friends or coworkers.” People tend to hide their symptoms well, she said, so be conscious of what you say. The next time you say something like “I’m really OCD about my desk,” “you might be saying it around someone who actually suffers with OCD.” And statements like that belittle and minimize a person’s painful struggles.

OCD is complex, and living with it can feel really isolating, Hsia said. “By educating yourself, you are being a force for good,” MacDermott said.

“It’s frightening enough to live the experience so be kind to those around you,” Ganger said. “Try to be understanding even if you don’t understand the disorder itself. Empathy matters and may even keep those tics at bay.”

MacDermott noted that the YA novel Turtles All the Way Down is a realistic portrayal of daily life with OCD. Its author, John Green, has OCD. She also noted The Man Who Couldn’t Stop is an excellent book.

Hsia suggested reading Freedom from OCD, The Imp of the Mind (not as comprehensive but a simpler resource), and Loving Someone with OCD; and checking out the International OCD Foundation.

The OCD Stories is a podcast that features individuals who have the illness along with OCD therapists and researchers.