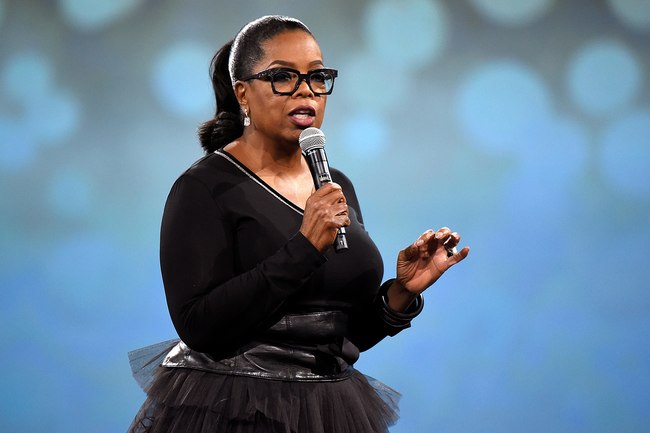 Winfrey said in a 2013 interview that anxiety nearly caused her to have a nervous breakdown. "In the beginning, it was just sort of speeding and a kind of numbness and going from one thing to the next thing to the next thing,” she said. “I will tell you when I realized that I thought, 'All right, if I don't calm down, I'm gonna be in serious trouble.'" 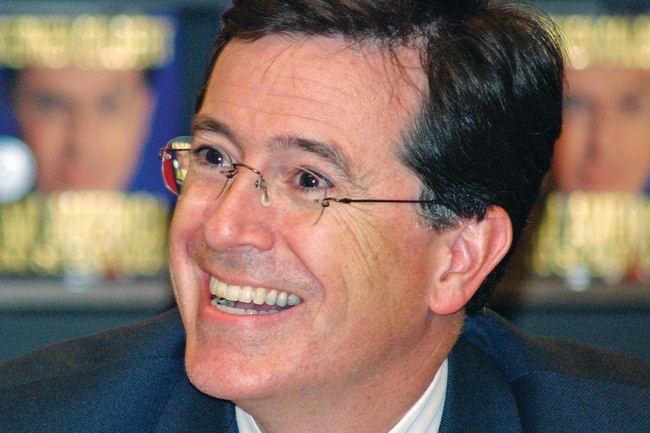 The star of The Late Show With Stephen Colbert started having panic attacks in his late 20s. He eventually realized that, for him, performing was the key to controlling his anxiety. He told Rolling Stone, “Creating something is what helped me from just spinning apart like an unweighted flywheel. And I haven’t stopped since.” 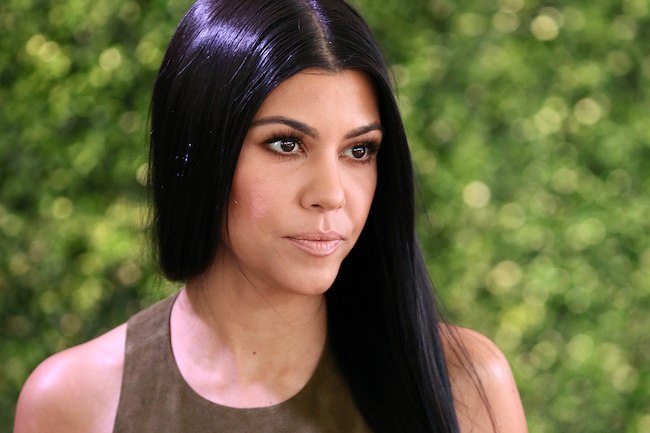 For Kardashian, nausea comes when anxiety strikes. “When my anxiety is extreme, it feels like my body is constantly burning calories all day long,” she wrote on her blog. “On these kind of days, I try to avoid caffeine, alcohol and too much sugar -- basically anything that could make it worse.” 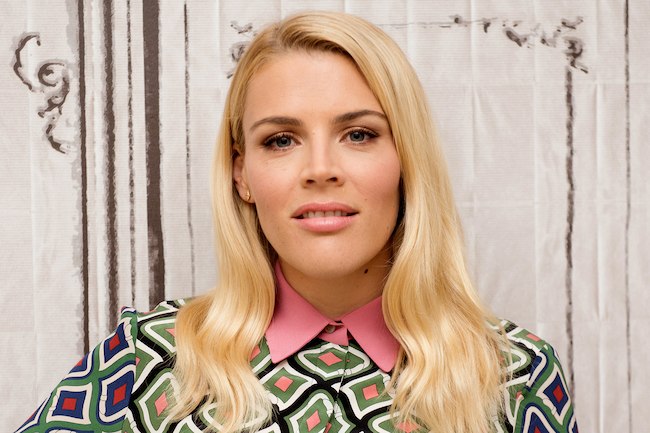 For this co-star of Cougar Town, talking about her issues on social media and her podcast has helped her anxiety. She also wears an “anxiety necklace.” “I’m proud to wear my anxiety around my neck for everyone to see,” she said in an article in People magazine. “I work very hard daily to push through it and not let it get the best of my day.” 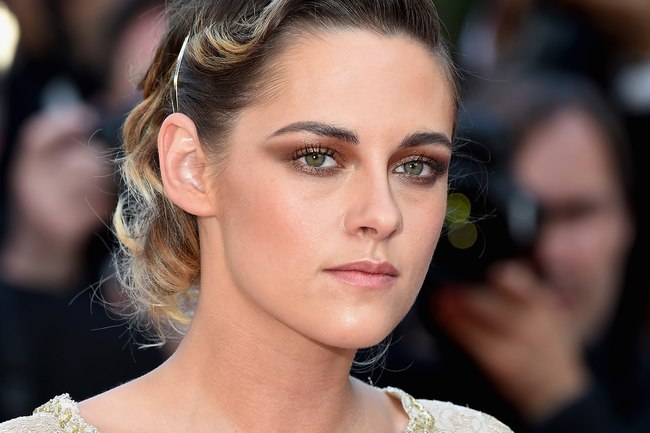 This star of the Twilight movies had panic attacks as a youngster, and she worries they may return. But in a 2016 interview with Elle, she said she’s been able to keep her anxiety at bay. “I obviously hope everything going on right now will work out, but I am confident that life is good and I'll be OK whatever happens.” 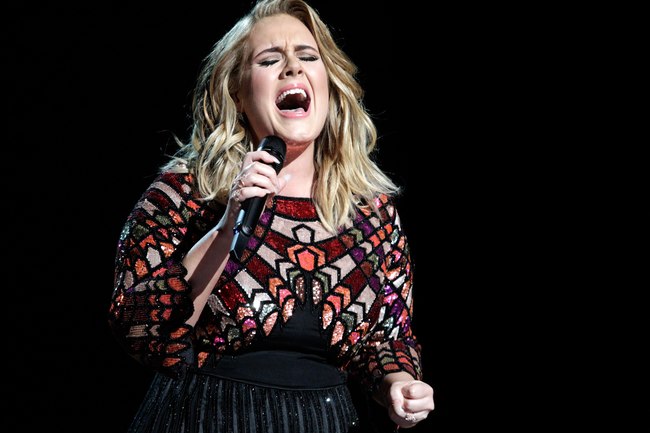 Performance anxiety is something this superstar deals with on tour. “I'm scared of audiences,” she said in a Rolling Stone interview. “One show in Amsterdam, I was so nervous I escaped out the fire exit. … I just gotta bear it. But I don't like touring. I have anxiety attacks a lot.” 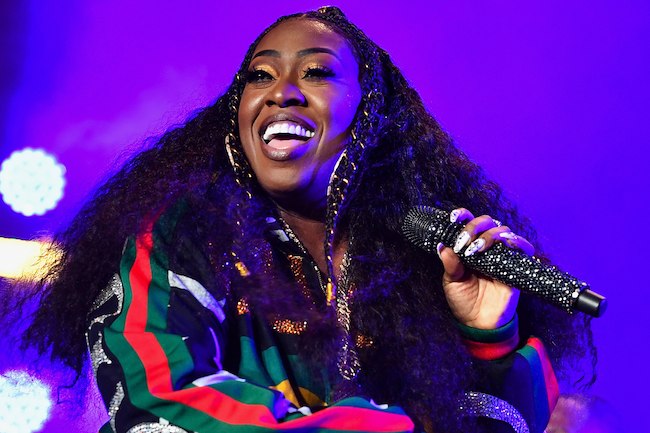 The evening before her Super Bowl halftime performance in 2015, Elliott had an extreme panic attack which required medical assistance. Just before her cameo, she gave herself a pep talk. “I said, ‘If I can get over this step, then I know all my dance steps will be on point,’ ” she told Billboard magazine. “I know it was nothing but the grace of God that lifted me up and took me through that performance.” 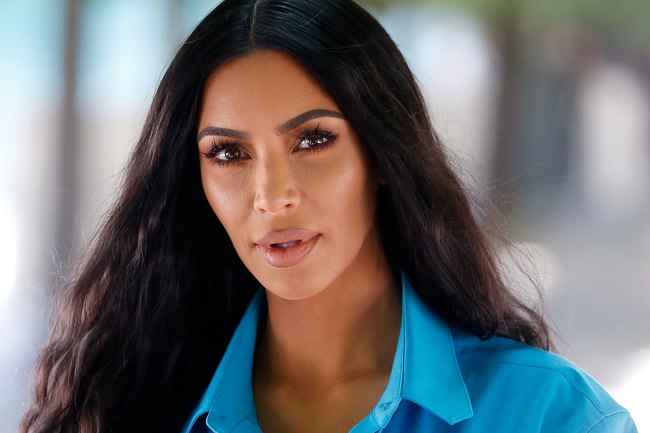 Her anxiety is heightened when she’s behind the wheel. Therapy and other strategies, like breathing exercises, have helped. “I just want to get past my anxiety and live life. … I never had anxiety, and I want to take back my life,” she said in one episode of her family’s reality television series. 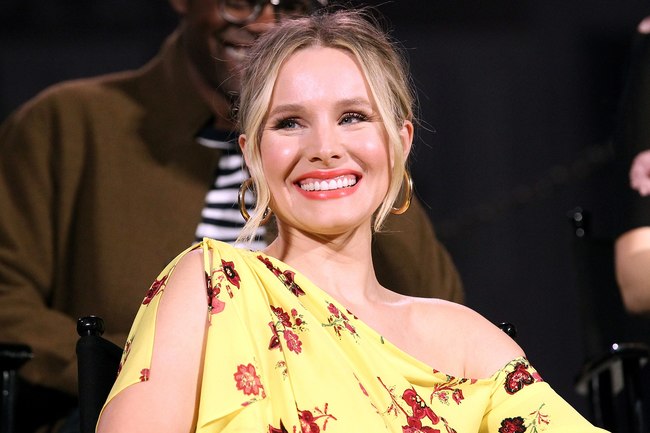 This movie and television star has taken medication for depression and anxiety since she was a child. She spoke out about it in a 2016 interview. “I still take it today and I have no shame in that, because my mom had said to me, ‘If you start to feel this way, talk to your doctor, talk to a psychologist, see how you want to help yourself.’" 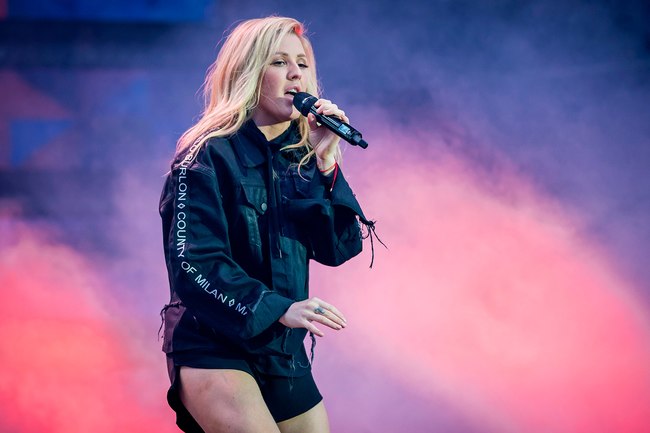 When her panic attacks started, this singer-songwriter would cover her face with a pillow to avoid being seen in public. “I think part of what sparked my panic attacks was not feeling confident enough to believe in myself -- I was scared I wasn’t as good of a singer as everyone thought I was,” she wrote in a personal essay. “And as the stakes grew, I was afraid of letting everyone, including myself, down.” 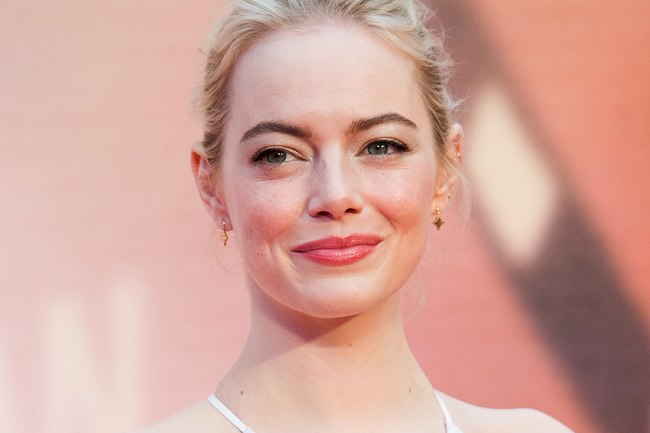 Her panic attacks were so intense as a child, she wrote her own book called I Am Bigger Than My Anxiety to deal with it. “When I was about 7, I was convinced the house was burning down. I could sense it,” she said in a Rolling Stone interview. “Not a hallucination, just a tightening in my chest, feeling I couldn't breathe, like the world was going to end. There were some flare-ups like that, but my anxiety was constant.” 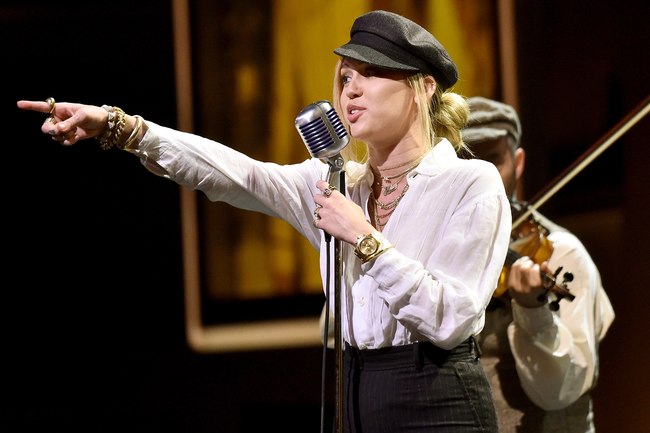 This child star turned pop megastar told Marie Claire that her performance anxiety began early in her career and caused her to cancel several shows. “Then the anxiety started coming from anxiety,” she said. “I would be with my friends, thinking I should be having so much fun. You get in this hole that seems like you're never going to be able to get out of.” 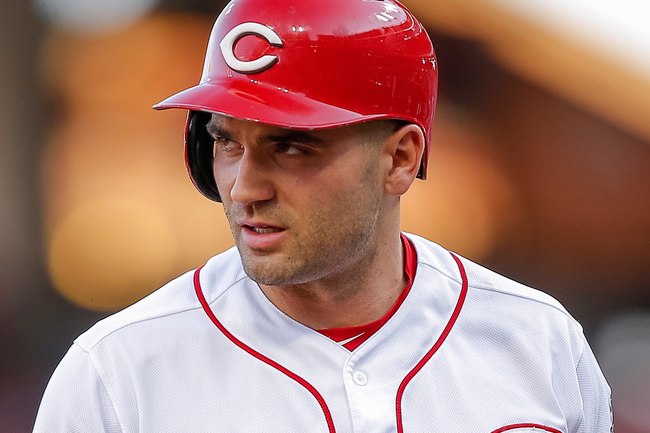 Shortly after his father died in 2008, this Cincinnati Reds star began having panic attacks so severe that he wound up being admitted twice into hospitals during the following season. "It's difficult to explain what it's like to go through it,” he said in an interview with the Toronto Star. “If you've gone through it, anxiety or panic attacks, being depressed, I couldn't do my job." 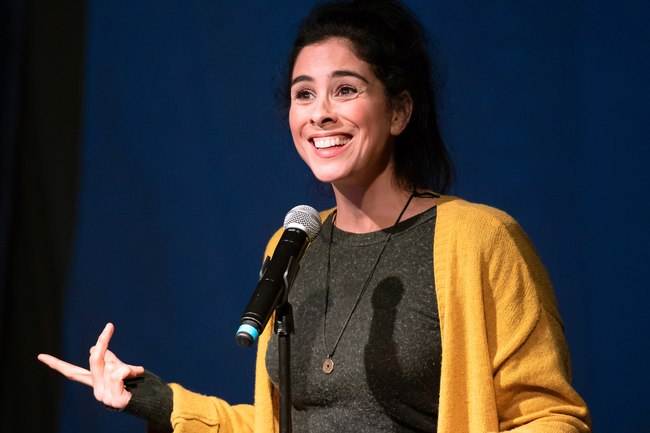 This comedian described to Glamour what it feels like when she’s having a panic attack. "Every breath is labored. You are dying. You are going to die,” she said. “It's terrifying. And then when the attack is over, the depression is still there.” 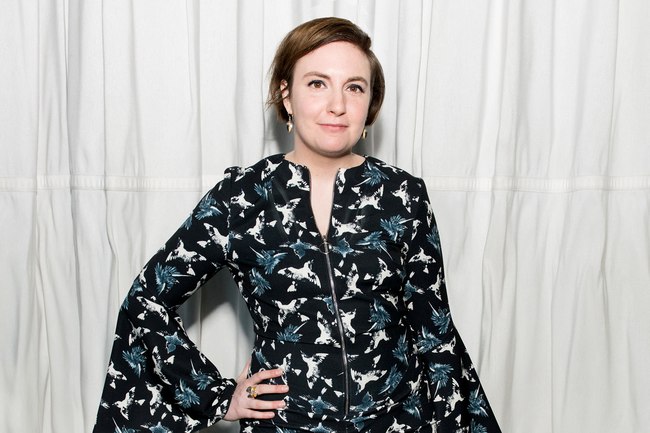 For this actress, therapy and exercise are the best ways to combat her disorder. “To those struggling with anxiety, OCD, depression: I know it's mad annoying when people tell you to exercise, and it took me about 16 medicated years to listen,” she posted on Instagram. “I'm glad I did.” 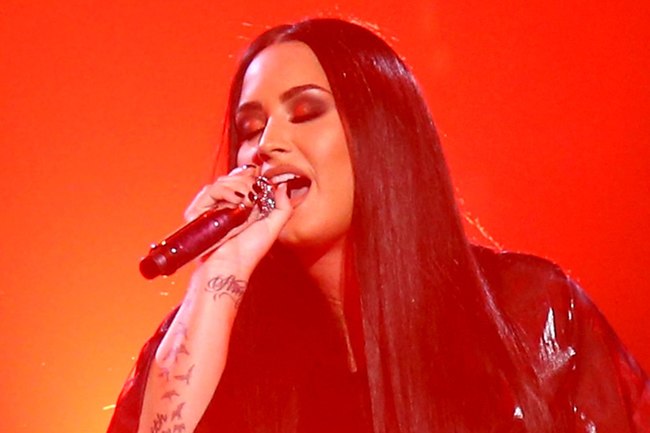 Performance anxiety isn’t just limited to being onstage. Just being in a crowd of people can trigger a panic attack, as this Disney Channel star turned singer told Nylon. “The only thing that sucks about being in the public eye is doing some appearances. I don't like award shows,” she said. “Sometimes a fan will come up and automatically put their arms around me, and I just shut down and start hyperventilating.” 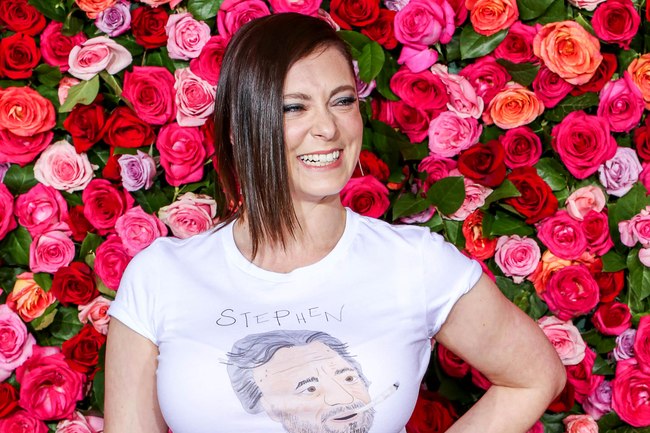 One way to fight back against anxiety is through meditation, as she said in an interview with Glamour. “When I’m about to engage in an anxiety spiral, it feels like I’m balancing at the edge of a pool, and if I dip my toe into the nonsense, I fall in,” she said. “So I have to stay balanced. To help me do that, I’ve gotten into meditating.” 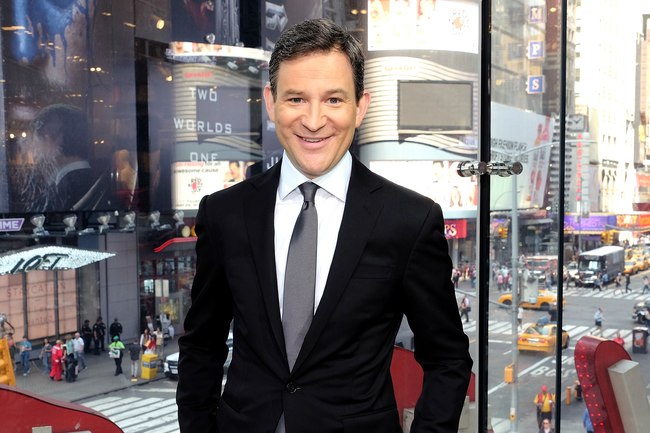 The co-anchor of ABC’s Nightline had a panic attack on air in 2004 and wrote a New York Times bestseller about his battles with anxiety 10 years later. He’s also a huge fan of meditation. “Meditation is a doable, realistic, scientifically researched way to get significantly happier, calmer, and nicer,” he said in a 2014 television interview.