With bipolar disorder, life can get turned around 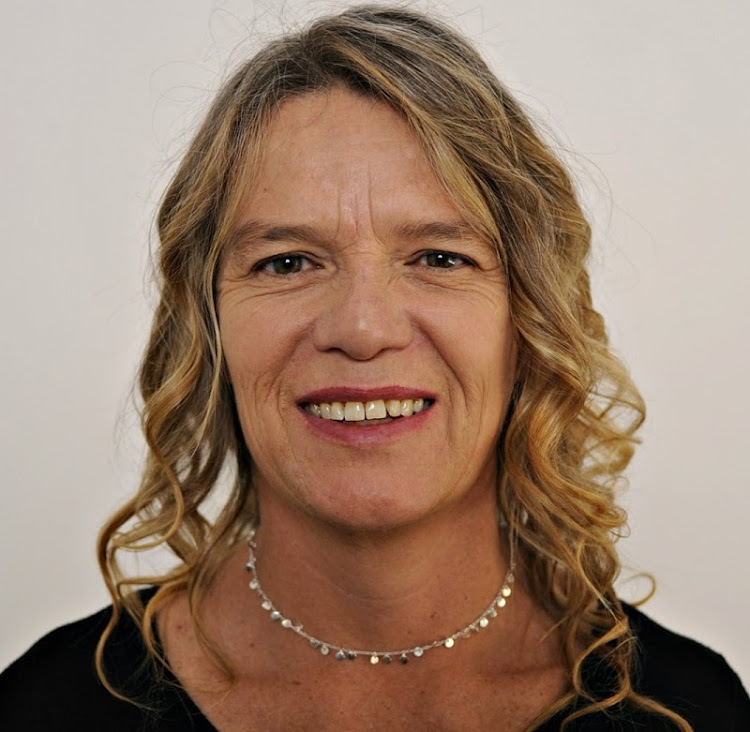 Samantha Smirin knows she might fall again but says she is equipped. Picture: SUPPLIED

Debut author Samantha Smirin would like her book to do well and reach as many people as possible. This is not because she wants to become famous or rich. “My ego is not activated in this,” she says. It is because she wants to raise awareness of the ravages caused by her illness, bipolar mood disorder, when it is not managed properly.

Smirin was diagnosed with the disorder at 18 when she was in London and she was confined in a psychiatric unit. Her parents had to travel to the UK to help her get home. She tells her story with searing honesty in her book Life Interrupted  — A Bipolar memoir, which was published in April.

According to the SA Depression and Anxiety Group (Sadag), bipolar disorder, also known as manic-depressive illness, is a physical illness marked by extreme changes in mood, energy and behaviour. “The person’s mood usually swings from overly ‘high’ and irritable to sad and hopeless, and then back again, with periods of normal mood in between,” says Sadag.

Over 4-million people in SA have bipolar disorder, according to Sadag. The medical treatment indicated is psychiatric medication and psychotherapy. However, many people will struggle to find treatment due to stigma and inadequate state resources.

For this reason, after some years in remission, Smirin has become a mental health advocate, and is some way to having her wish fulfilled of raising awareness of bipolar disorder. At the launch of Life Interrupted in Johannesburg recently, Melville’s Love Books was bursting at the seams. Later, when people queued to buy the book, it sold out. Clearly, Smirin and her publisher, Melinda Ferguson via Jacana, had rallied the troops, but during question time it became apparent a broad section of people had attended. She said she felt overwhelmed by it all, and this was not strange: after 30 years’ suffering with bipolar disorder, painstakingly collecting notes for the book she always knew she would write, Smirin was finding the limelight blinding.

When I met her at her Parktown North home, she told me about her journey to writing Life Interrupted and becoming a “bipolar coach”. She doesn’t just mean she helps people with bipolar; she is always upfront about where she comes from. Having studied psychology as part of her BA at the University of Cape Town, she registered for an honours degree in psychology but left it when she decided that paradigm did not suit her. “I work from the standpoint of the wounded healer, which is a Jungian archetype. I have been training for this for 30 years.”

Her clients feel comfortable with her because, having been diagnosed when she was 18 and experienced the mania and deep depression characteristic of her condition, she knows exactly what they are going through.

People have also approached her because of the book, she says. “A woman came to see me; her mother had bipolar and she died. She told me what her mother went through.” She felt humbled and privileged that the woman had spoken to her, and at the emotions they had evoked in her.

Stigma is still a major problem in SA, and there is much misunderstanding about bipolar mood disorder, she says. This is one of the motivating factors for her becoming a “bipolar mental health  advocate”.

“Because the symptoms involve distorted behaviour, people with bipolar are often judged. For example, they may be hypersexualised, there is a lack of boundaries and social filtering and it seems as if they are purposefully choosing this. It is difficult to deal with distorted behaviour. Therefore it is important to understand bipolar and its nature, so that when a family member behaves erratically, the members can react in an understanding and compassionate way.”

Compassion is a word she emphasises, adding that it is a value in her adopted faith, Buddhism, and within her family. “My mother worked for a feeding scheme and I went with her to the malnutrition centre sometimes,” she says. Seeing the children having their wrists measured to assess the extent of their deprivation upset her and made her painfully aware of her own advantages in life. “I became sensitised to inequality and determined to do the best I can to make a difference.” 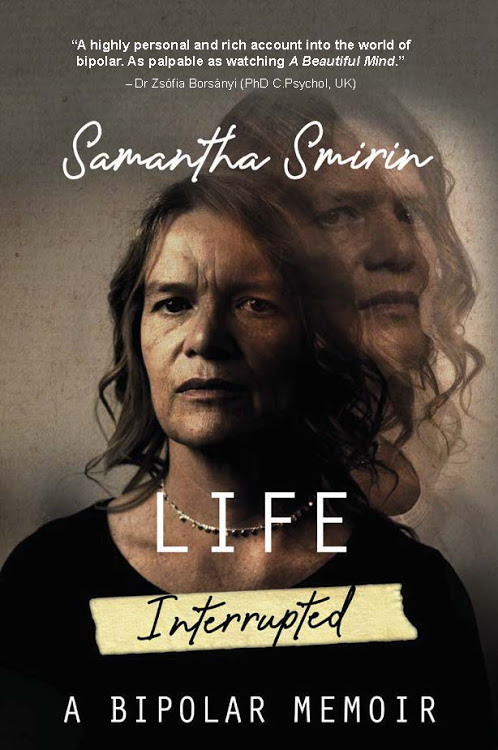 A new frontier to challenge in SA is mental illness, says Smirin, who daily attended the Life Esidimeni hearings in 2018. That all South Africans are not afforded the same medical treatment is an indictment on the health department, she says. “SA has wonderful policies but the implementation is abysmal. For example, judge Moseneke made his ruling on Life Esidimeni but there has been no follow through.”

Helen Joseph Hospital has only nine beds in its psychiatric ward, she says. “This is literally an insane lack of resources, considering the mental health problems in SA. We are a traumatised nation.”

Her dream is to establish assisted living facilities for mental health patients in areas where they would usually not receive this care. “My book is a platform to generate interest from business and internationally to set up these facilities in disadvantaged settings.”

She has another book in mind: Life Reclaimed. Like her coaching sessions, it will be a how-to manual on managing bipolar mood disorder. Being diagnosed with the disorder is not a choice, but managing it is. “I have learnt to take responsibility for myself, for my behaviour, for my actions and even my thoughts.”

Having previously been noncompliant with her medication at times, she is now scrupulous about following the prescribed treatment plan. Another aspect of her solution is to stick to a daily routine of getting up early, meditating, showering and having breakfast, then doing some work. “This is crucial. I also go to meditation classes and belong to a reading group. On weekends I see family and friends and sometimes go away.”

When she was ill she isolated herself, which meant that if her condition deteriorated, no-one knew until it was too late. Now she has signed a contract with her family which enables them to intercede if she becomes ill.

“I know I might fall again — this is not a story where the heroine rides off into the sunset — but I am equipped. I choose management, not victimhood.”