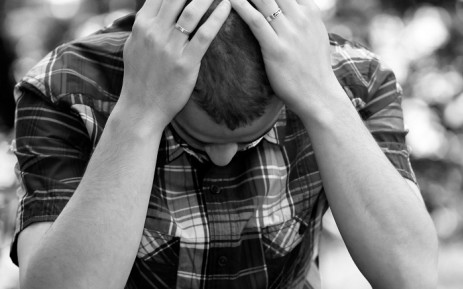 JOHANNESBURG – Each year, on 10 September, the world marks World Suicide Prevention Day ( WSPD). This day, which has been observed since 2003, is aimed at raising awareness on suicide and how to prevent it.

According to the World Health Organisation (WHO), one person dies every 40 seconds from suicide globally. This could be prevented if countries could establish national suicide prevention strategies, which the world health body and other mental health advocacy groups have been calling for.

WHO director-general, Dr Tedros Adhanom Ghebreyesus said: “Despite progress, one person still dies every 40 seconds from suicide. Every death is a tragedy for family, friends and colleagues. Yet suicides are preventable. We call on all countries to incorporate proven suicide prevention strategies into national health and education programmes in a sustainable way”.

8 out of 10 suicides in the world occur in low- and middle-income countries.

Here’s what you need to know about WSPD from the WHO:

The most common methods of suicide are hanging, pesticide self-poisoning and firearms. Key interventions that have shown success in reducing suicides are restricting access to means; educating the media on responsible reporting of suicide; implementing programmes among young people to build life skills that enable them to cope with life stresses; and early identification, management and follow-up of people at risk of suicide.

The intervention that has the most imminent potential to bring down the number of suicides is restricting access to pesticides that are used for self-poisoning. The high toxicity of many pesticides means that such suicide attempts often lead to death, particularly in situations where there is no antidote or where there are no medical facilities nearby.

As indicated in the WHO publication released on 10 September 2019, Preventing suicide: a resource for pesticide registrars and regulators, there is now a growing body of international evidence indicating that regulations to prohibit the use of highly hazardous pesticides can lead to reductions in national suicide rates. The best-studied country is Sri Lanka, where a series of bans led to a 70% fall in suicides and an estimated 93,000 lives saved between 1995 and 2015. In the Republic of Korea – where the herbicide paraquat accounted for the majority of pesticide suicide deaths in the 2000s – a ban on paraquat in 2011-2012 was followed by a halving of suicide deaths from pesticide poisoning between 2011 and 2013.

The timely registration and regular monitoring of suicide at the national level are the foundation of effective national suicide prevention strategies. Yet, only 80 of the 183 WHO member states for which estimates were produced in 2016 had good-quality vital registration data. Most of the countries without such data were low- and middle-income. Better surveillance will enable more effective suicide prevention strategies and more accurate reporting of progress towards global goals.

If this article has raised issues for you or if you’re concerned about someone you know, call the South African Depression and Anxiety Group’s Suicide Crisis Line on 0800 567 567.