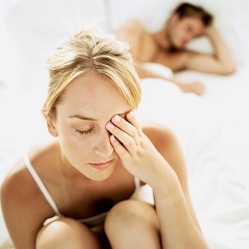 Here’s some sobering and serious news for women: sleeping poorly may double your risk of a form of high blood pressure that is not easily treated.

The study included 234 adults who were already being treated for high blood pressure in an outpatient hypertension program, a group that was evenly split between men and women. Researchers analyzed data on sleep quantity and sleep quality, depression and anxiety, and risk factors for cardiovascular problems.

When it came to sleep duration, researchers found:

· The average amount of daily sleep among participants was 6.4 hours. This measurement was roughly the same for men and women

· 49% of those studied slept fewer than 6 hours daily

Researchers also found that women had higher rates of depression, more than double that of men:

· 20% of women had depressive symptoms

· 7% of men had symptoms of depression

There’s a lot to take note of here. First the researchers found that it was sleep quality—not quantity—that was a significant factor in the link between resistant hypertension and sleep. Second, the differences between men and women are striking, and potentially significant. It’s too early to know, on the basis of an individual study, whether women are more at-risk than men to resistant hypertension, on the basis of their sleep. But we do know that men and women experience the effects of sleep differently and have different vulnerabilities when it comes to the health consequences of sleep problems. We need more research in this area to better understand not only the effects of disrupted sleep on high blood pressure, but also how the risks for men and women may differ.

There’s much we don’t yet know about the relationship between sleep and high blood pressure, but we have seen other research that shows a link between the two, in men and women:

· This study found men who were deprived of deep sleep were more likely to develop hypertension during their older years. Researchers examined the sleep patterns 784 men ages 65 and older. None of the men had high blood pressure at the outset of the study. Over a period of 3.4 years, approximately 30% of these men developed hypertension. The men who developed hypertension were significantly more likely to spend less time in the stage of deep sleep, or slow wave sleep, than men who remained free of high blood pressure.

Nearly one third of men and women in the United States suffer from high blood pressure which, without treatment, can cause serious health complications, including heart attack and stroke. We don’t know everything we need to, yet, about the relationship between sleep and hypertension, or the ways it may affect men and women differently. But here’s what we do know: Sleep, more specifically high-quality sleep, can play an important role in protecting your cardiovascular health. Getting enough sleep—and the right kind of restorative sleep—may help to reduce your risk of high blood pressure.