There is an age-old debate over alcoholism: is the problem in the sufferer’s head — something that can be overcome through willpower, spirituality or talk therapy, perhaps — or is it a physical disease, one that needs continuing medical treatment in much the same way as, say, diabetes or epilepsy?
Bryce Vickmark for The New York Times 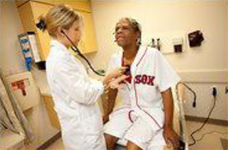 Readers shared their thoughts on this article.

Increasingly, the medical establishment is putting its weight behind the physical diagnosis. In the latest evidence, 10 medical institutions have just introduced the first accredited residency programs in addiction medicine, where doctors who have completed medical school and a primary residency will be able to spend a year studying the relationship between addiction and brain chemistry.

“This is a first step toward bringing recognition, respectability and rigor to addiction medicine,” said David Withers, who oversees the new residency program at the Marworth Alcohol and Chemical Dependency Treatment Center in Waverly, Pa.

The goal of the residency programs, which started July 1 with 20 students at the various institutions, is to establish addiction medicine as a standard specialty along the lines of pediatrics, oncology or dermatology. The residents will treat patients with a range of addictions — to alcohol, drugs, prescription medicines, nicotine and more — and study the brain chemistry involved, as well as the role of heredity.

“In the past, the specialty was very much targeted toward psychiatrists,” said Nora D. Volkow, the neuroscientist in charge of the National Institute on Drug Abuse. “It’s a gap in our training program.” She called the lack of substance-abuse education among general practitioners “a very serious problem.”

The new accreditation comes courtesy of the American Board of Addiction Medicine, or ABAM, which was founded in 2007 to help promote the medical treatment of addiction.

The board aims to also get the program accredited by the Accreditation Council for Graduate Medical Education, a step that requires, among other things, establishing the program at a minimum of 20 institutions. The recognition would mean that the addictions specialty would qualify as a “primary” residency, one that a newly minted doctor could enter right out of school.

Richard Blondell, the chairman of the training committee at ABAM, said the group expected to accredit an additional 10 to 15 institutions this year.

The rethinking of addiction as a medical disease rather than a strictly psychological one began about 15 years ago, when researchers discovered through high-resonance imaging that drug addiction resulted in actual physical changes to the brain.

Armed with that understanding, “the management of folks with addiction becomes very much like the management of other chronic diseases, such as asthma, hypertension or diabetes,” said Dr. Daniel Alford, who oversees the program at Boston University Medical Center. “It’s hard necessarily to cure people, but you can certainly manage the problem to the point where they are able to function” through a combination of pharmaceuticals and therapy.

Central to the understanding of addiction as a physical ailment is the belief that treatment must be continuing in order to avoid relapse. Just as no one expects a diabetes patient to be cured after six weeks of diet and insulin management, Dr. Alford said, it is unrealistic to expect most drug addicts to be cured after 28 days in a detoxification facility.

“It’s not surprising to us now that when you stop the treatment, people relapse,” Dr. Alford said. “It doesn’t mean that the treatment doesn’t work, it just means that you need to continue treatment.” Those physical changes in the brain could also explain why some smokers will still crave a cigarette 30 years after quitting, Dr. Alford said.

If the idea of addiction as a chronic disease has been slow to take hold in medical circles, it could be because doctors sometime struggle to grasp brain function, Dr. Volkow said. “While it is very simple to understand a disease of the heart — the heart is very simple, it’s just a muscle — it’s much more complex to understand the brain,” she said.

Increasing interest in addiction medicine is a handful of promising new pharmaceuticals, most notably buprenorphine (sold under names like Suboxone), which has proved to ease withdrawal symptoms in heroin addicts and subsequently block cravings, though it causes side effects of its own. Other drugs for treating opioid or alcohol dependence have shown promise as well.

Few addiction medicine specialists advocate a path to recovery that depends solely on pharmacology, however. “The more we learn about the treatment of addiction, the more we realize that one size does not fit all,” said Petros Levounis, who is in charge of the residency at the Addiction Institute of New York at St. Luke’s-Roosevelt Hospital.

Equally maligned is the idea that psychiatry or 12-step programs are adequate for curing a disease with physical roots. Many people who abuse substances do not have psychiatric problems, Dr. Alford noted, adding, “I think there’s absolutely a role for addiction psychiatrists.”

While each institution has developed its own curriculum, the basic competencies each seeks to impart are the same. Residents will learn to recognize and diagnose substance abuse, conduct brief interventions that spell out the treatment options and prescribe the proper medications. The doctors will also be expected to understand the legal and practical implications of substance abuse.

Christine Pace, a 31-year-old graduate of Harvard Medical School, is the first addiction resident at Boston University Medical Center. She got interested in the subject as a teenager, when she volunteered at an AIDS organization and overheard heroin addicts complaining about doctors who could not — or would not — help them.

This year, when she became the in-house doctor at a methadone clinic in Boston, she was dismayed to find that the complaints had not changed. “I saw physicians over and over again pushing it aside, just calling a social-work consult to deal with a patient who is struggling with addiction,” Dr. Pace said.

One of her patients is Derek Anderson, 53, who credits Suboxone — as well as a general practitioner who six years ago recognized his signs of addiction — with helping him kick his 35-year heroin habit.

“I used to go to detoxes and go back and forth and back and forth,” he said. But the Suboxone “got me to where I don’t have the dependency every day, consuming you, swallowing you like a fish in water. I’m able to work now, I’m able to take care of my daughter, I’m able to pay rent — all the things I couldn’t do when I was using.”

A version of this article appeared in print on July 11, 2011, on page A11 of the New York edition with the headline: Medicine Adds Slots for Study Of Addictions.