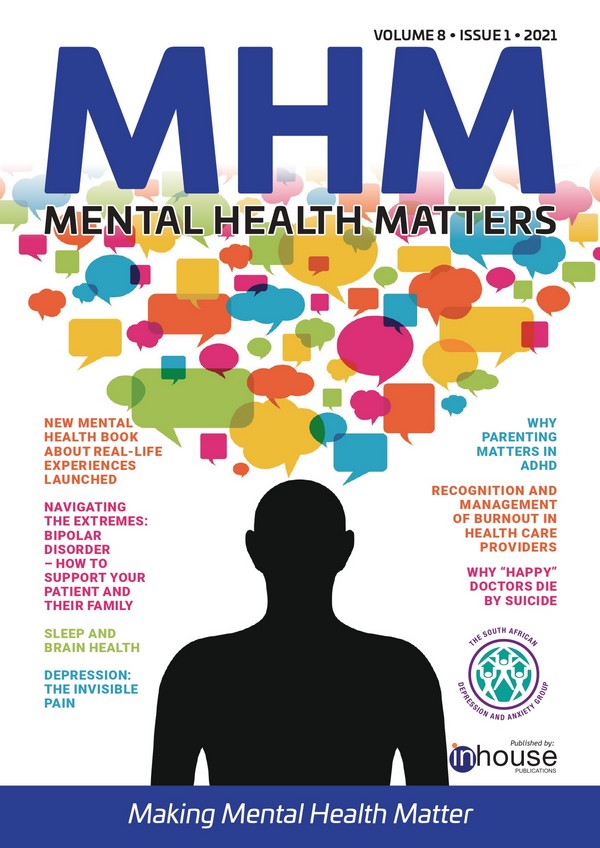 Figures also show that more men than women are at risk of dying from suicide, writes Claire Keeton

BURNOUT and depression among men are hidden — and rising — afflictions in South Africa. The number of men admitted to private psychiatric clinics for depression last year was nearly a third higher than in 2010 and absenteeism owing to stress among men, particularly executives, jumped between 2008 and 2013. "It is a common story," said former banking executive Richard Hawkey, who crashed in 2010 and has fully recovered. "Before I burned out, I was tired all the time, quite grumpy, cynical and sick every four to five weeks, which I blamed on the air con. When I spoke to people around me, many of them felt the same way." The employee wellness company ICAS reports that the number of men absent from work because of stress and burnout increased almost six times from 2008 to 2013 — from 98 to 578 — and the proportion of executives jumped from 9% in 2008 to 25.6% in 2013. In 2010, 673 men were admitted with depression to the Akeso Kenilworth Clinic in Cape Town and Akeso Crescent Clinic in Johannesburg. This rose to 852 last year. Zane Wilson, founder of the South African Depression and Anxiety Group, said: "We've found not just the volume of calls to our helpline is increasing, but we are getting more from men than 10 years ago and more from older men. Men tend to leave it until later and the calls are of a more serious nature. The majority are depressed and not seeking treatment." Medical aid claims indicate that depression is high on the list of chronic diseases, although the proportion of members taking antidepressants has been constant in the past few years. Depressed men may not be seeking treatment. About 10% of Medscheme members claimed for antidepressant medication last year. This figure is similar to 2011. At Discovery Health, more than a million prescriptions were paid out last year, a similar proportion by membership compared with 2008. Johannesburg psychiatrist and stress guru Dr Jonathan Moch said men tried to keep symptoms of depression or stress private. The corporate culture does not like people who can't take stress. When men get red-light signals from their bodies, they are more likely to take a substance, like more whisky or more coffee, to make the signals go away," he said. "Men are less willing than women to say they are burned out and more likely to have other diagnoses like addiction or post-traumatic stress disorder." Moch runs group therapy at Akeso clinics and used to run the Centre for Stress-Related Illnesses at Milpark Hospital, where he admitted thousands of patients for burnout. Cape Town psychiatrist Dr Neil Horn has noted "an increase in the provision of private beds for psychiatric illnesses all over the country". "A 2009 national survey shows that depression is undertreated in South Africa and that major depression occurs earlier in the younger generation. "The lifetime prevalence of major depression reaches 10% for people aged 18 to 29 and occurs seven years earlier than those aged 30 to 39." If major depression—with an estimated prevalence of about one in 20 adults (4.9%, according to the South African Stress and Health Study) — is untreated, the downward spiral can be catastrophic. More men are at risk of dying from suicide than women in a country that has about 23 suicides and 230 attempts every day. The proportion of claims for suicide is higher for men than women, according to Liberty, and the proportion of death claims received by Old Mutual as a result of suicide is 2.7 times more for males than females. Old Mutual paid 58 suicide claims last year, said risk-product manager Jaco Gouws. Men had a higher proportion of death claims, "but not to the extent seen in the suicide split — 84% of suicide claims were male and 16% female", he said. Last year, Liberty had 100 male suicide claims (4% of male death claims) and 22 female suicide claims (2.8%). "Worldwide, stress levels are perceived higher," said Moch. "Now that we have 24/7 technology such as smartphones, people are always on call and sleep-deprived, which affects their productivity." The World Health Organisation predicts that depression will be the second leading cause of health disability by 2020. ,Job dissatisfaction and insecurity and work pressure are putting men under pressure. "Be brave enough to reflect deeply on where you want to go and your passion," advised Moch. "Do you want to spend the rest of your life doing this work or do you want to upskill and plan an exit strategy? Take a longer-term view." Financial stress was nearly always the reason men called the helpline, said Wilson. Professor Crick Lund, director of the University of Cape Town's Centre for Public Mental Health, said: "We know that poverty increases the rates of depression. There is some evidence that national-level income inequality is associated with increased rates of depression. In South Africa, the total burden of depression is increasing proportionately to infectious diseases, but we do not know if the prevalence is increasing or if the detection and treatment is improving." Call the South African Depression and Anxiety Group for help on 0800-212-223 or visit sadag.org Depression takes increasing toll on SA men