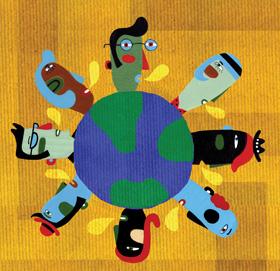 These days, it seems everyone has something to say about attention deficit disorder (ADD ADHD), much of it misguided, inaccurate, or downright cruel. I can't tell you how many times I've heard people make silly comments about the disorder - especially in recent years, as the media have given lots of attention to the "ADD-isn't-real" crowd.

How does one respond to such ignorance? It's not socially acceptable to punch or curse the folks who make these comments - no matter how much we'd like to. Instead, let me encourage you to use such comments as opportunities to educate people about ADHD - and to advocate for the rights of people who have the condition.

Sometimes all it takes to change someone's opinion is to provide the facts. Accurate, up-to-date information about ADD is available from our website, as well as organizations like Children and Adults with Attention-Deficit/Hyperactivity Disorder (CHADD) and the Attention Deficit Disorder Association (ADDA).

Another way to change ideas is to challenge them. If you decline to challenge a rude remark, others may assume that you agree with it. So, next time someone says something misguided about
ADD, speak up. You might say, "I'm sure that it probably seems that way, but... " or "I'm afraid I must respectfully disagree. The facts about ADD show that... ." Look for areas of agreement so that others can connect with your point of view: "While I agree that that is true in some situations, in most situations... ."

Because people respond more to stories than to facts, the sharing of personal stories is often the most effective way to change errant beliefs. Nothing changes beliefs more than a personal story
shared from the heart.

I've had the opportunity to share stories about my son, Jarryd, and my father, Bill Young, all over the world. By telling about their struggles with ADD - and their triumphs - I've been able to inspire
and bring hope to others. Not so good at telling stories? Don't worry. To be persuasive, you don't have to be eloquent. You just have to say something truthful - and heartfelt.

Two approaches are especially effective:
•    "Given your experience, I can see how you might believe... Let me share a different perspective."
•    "ADD is often misrepresented in the media. I live with ADD every day, and I can assure you that there is much more to it than what you have heard."

Even if you share your story with only one other person, you can have an impact. On average, studies show, each person who hears a personal story about ADD repeats the story to seven other
people. Each of these people is likely to share the story with seven more people, and so on. Before long, hundreds of people are rethinking their ideas and assumptions about ADD.

Day a reality, one person and one story started the ball rolling. Here's to changing the world one story at a time!