You Can't 'Snap Out of' an Anxiety Disorder

Restless, Distracted, Fearful? How to Diagnose and Treat Anxiety

The best way to treat an anxiety disorder is to get it diagnosed early — especially when you're also dealing with ADHD. Here's what you need to know. 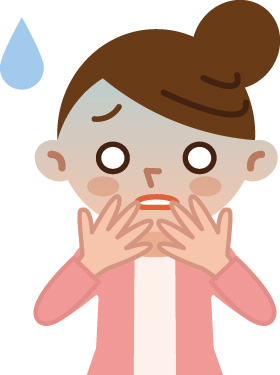 We live in anxious times.

We worry about many things from the moment the alarm goes off in the morning — from contracting Ebola to finding a job in a tight economy to hoping the car doesn't break down in six months. Anxiety becomes a diagnosable illness, though, only when its causes are not tied to the events of our lives but have a life of their own. When free-floating anxiety gets so bad that it impairs our ability to function, it needs to be formally diagnosed and treated.

Anxiety Disorders (AD) occur much more frequently in people with ADHD than they do in the general population. Childhood anxiety disorders are the second most common condition coexisting with ADHD. The National Comorbidity Survey Replication reported that 47 percent of ADHD adults had an anxiety disorder of some kind.

The correlation between ADHD and anxiety challenges the wishful thinking that a child will grow out of his fearfulness if the family waits long enough. The fact is that anxiety disorders get more frequent, more impairing, and become more ingrained as the child moves into adolescence and adult life. Research and clinical experience support intervention as early as possible.

ADHD and anxiety disorder symptoms overlap. Both cause restlessness. An anxious child can be highly distracted because he is thinking about his anxiety or his obsessions. Both can lead to excessive worry and trouble settling down enough to fall asleep. It takes time to do a comprehensive history to determine whether a patient is struggling with one or both conditions. Expect your clinician to ask you to fill out checklists and scales to add your insights to the process.

Thomas Spencer, M.D., of Harvard Medical School, warns against doctors missing anxiety because the number of symptoms does not meet the largely arbitrary diagnostic cutoffs of the DSM-V. Spencer has introduced the informal concept of MAD (Multiple Anxiety Disorders), so that severely impairing levels of anxiety are not missed because they fall short of a full syndrome. He has shown that anxiety complaints are common in people with ADHD (the average patient will have nine or more symptoms of anxiety), but they usually don't have enough in one category to reach a formal diagnosis. So many people are not diagnosed with anxiety and don't receive appropriate treatment.

Other clinicians are concerned that manifestations of anxiety might be due to the hyperarousal of ADHD. The difficulty that most people with ADHD have in accurately naming their emotions is well documented. They do not use emotional labels in the same way that non-ADHDers do, and this leads to misunderstanding and misdiagnosis.

When a person with ADHD complains of severe anxiety, I recommend that the clinician not immediately accept the patient's label for her emotional experience. A clinician should say, "Tell me more about your baseless, apprehensive fear," which is the definition of anxiety. More times than not, a person with ADHD hyperarousal will give a quizzical look and respond, "I never said I was afraid." If the patient can drop the label long enough to describe what the feeling is like, a clinician will likely hear, "I am always tense; I can't relax enough to sit and watch a movie or TV program. I always feel like I have to go do something." The patients are describing the inner experience of hyperactivity when it is not being expressed physically.

At the same time, people with ADHD also have fears that are based on real events in their lives. People with ADHD nervous systems are consistently inconsistent. The person is never sure that her abilities and intellect will show up when they are needed. Not being able to measure up at the job or at school, or in social circles is humiliating. It is understandable that people with ADHD live with persistent fear. These fears are real, so they do not indicate an anxiety disorder.

A correct diagnosis is the key to good treatment outcomes. The distinction between anxiety and hyperarousal makes a big difference in which treatments will work.

What Can I Do to Calm Down?

Most clinicians view anxiety and ADHD as two separate conditions with two different treatments. The decision about which one to treat first is usually based on which one the patient views as the primary problem. Both conditions require aggressive treatment.

There are two major impediments to treatment. The first is that anxiety disorders are genetic, and it is likely that at least one of the patient's parents is impaired by anxiety as well. Anxious parents often demand that something be done right away, but they are often too fearful to implement a course of treatment. Another impediment at the beginning of treatment is the common expectation of parents and some clinicians, that the first-line stimulant medications for ADHD will make the anxiety worse. All six of the available studies on the treatment of coexisting ADHD and anxiety were done on children (there are no studies done on adolescents or adults). They demonstrate that anxiety lessened for the majority of children when stimulants were introduced. The guidelines recommend treating the ADHD first, with a stimulant, and addressing the remaining anxiety with behavioral therapies and medication.

Start with the ADHD

If the family does not have a preference about which condition should be addressed first, many clinicians initially treat the ADHD. This is because it makes one of the major components of anxiety treatment— cognitive behavioral therapy (CBT)—more fruitful. Children with ADHD are often so inattentive and energetic that they cannot make use of CBT. They struggle to learn the new ways of thinking, but behave in the same way that they have in academic settings.

The process of discovering which stimulant molecule is optimal—amphetamine or methylphenidate—which delivery system best fits the family's needs, and which dose of medication is the lowest that will provide the optimal level of symptom relief is critical. The dose will be exactly the same, regardless of whether the child or adult has coexisting anxiety symptoms.

Careful fine-tuning of the dose is vital, due to the tendency of patients with anxiety disorders to be intolerant of side effects or the perception of bodily change. The maxim "start low and go slow" is especially important with patients who have both ADHD and anxiety disorder diagnoses.

If the family and clinician think that the "anxiety" is actually the physical experience of ADHD hyperarousal, the next step would be to add one of the newer extended- release alpha agonists—guanfacine/Intuniv or clonidine/Kapvay/Catapres TTD. These medications turn down an adrenaline system that is set too high.

Just as with stimulant medications, the treatment of the specific anxiety disorder does not need to be modified because the patient has both conditions. Two decades of research and practice have shown that the optimal treatment for anxiety disorders is a combination of medication and CBT. The combination leads to much better outcomes than does either one of them alone.

Every family can start with some nonspecific actions that will help everyone feel better. Both children and adults can establish routines that are clear, stable, and predictable, so that they know exactly what is going to happen at any time of the day. An anxious child can be rewarded and praised for confronting situations that she had avoided in the past. Schoolwork can be divided into "chunks," with similar rewards as each chunk is completed, so that a child is not overwhelmed by the task in front of him.

A drug screen may be called for in people over 12 years of age, due to the high rate of drug experimentation found in people with untreated ADHD and untreated anxiety. Many people with ADHD and/or anxiety try to self-medicate with alcohol and marijuana.

Current standards of care recommend either a minor tranquilizer (clonazepam/Klonapin) if quick relief is needed, and/or one of the many serotonin-enhancing medications originally developed for the treatment of depression. The FDA now approves several: Citalopram/Celexa and escitalopram/Lexapro are recommended due to their low rate of side effects. The serotonin medications may take several weeks to be effective, so it is common to use a minor tranquilizer until they kick in.

Much of the suffering from anxiety disorders comes from the distortions in thinking that happen when people have chronic anxiety. CBT was developed to correct these distorted ways of thinking, which often continue long after the biochemical problems have been corrected with medications.

The cognitive techniques must be practiced every day at home and in school before old ways of thinking are eliminated. Because parents with untreated ADHD and anxiety disorders themselves often aren't providing the structure and role modeling required to get a good outcome from CBT, it is sometimes necessary for the entire family to participate in CBT.