Fidgeting May Benefit Children With A.D.H.D. 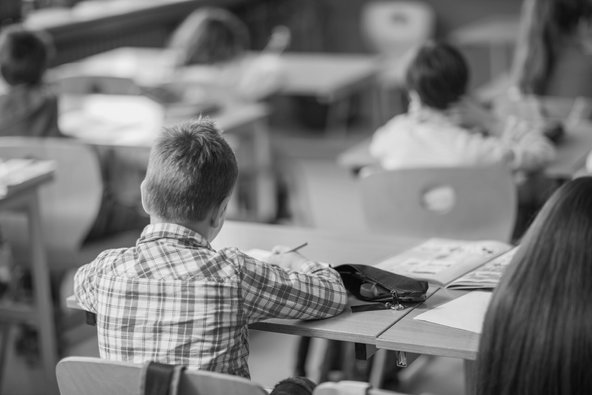 Hyperactivity is, of course, one of the defining symptoms of attention deficit hyperactivity disorder. It is in the disorder’s name and is usually the first symptom that parents, teachers and others notice. Most of us may be unable to gauge precisely how well a child concentrates. But we can tell if he or she can — or cannot — stay still.

Those questions intrigued Julie Schweitzer, a professor of psychiatry and behavioral sciences at the MIND Institute at the University of California, Davis, and her colleagues.

Past studies had suggested that children with A.D.H.D. concentrate better and improve academically if they are physically active during the school day. But that research had focused primarily on how to re-channel the children’s hyperactivity.

Dr. Schweitzer, who treats many children with A.D.H.D., had begun to wonder whether that emphasis was misplaced. Perhaps experiments should look into why the children were so hyperactive in the first place.

To find out, she and her colleagues gathered 26 boys and girls between the ages of 10 and 17 who had been diagnosed with A.D.H.D.; the researchers independently confirmed that diagnosis. Then they recruited an additional 18 children without A.D.H.D.

All of the children visited the group’s lab and were outfitted with an unobtrusive activity monitor on one ankle that could track how often and how intensely the children bobbled their leg, which is a good marker of fidgeting.

Then the scientists had the children complete a simple computerized test of attention and cognitive control, during which they had to note the direction an arrow was pointing and push a key showing that direction. The arrow in question was flanked by other arrows, which sometimes pointed in the same direction as the primary arrow and sometimes did not.

The children were told to respond as quickly as possible to the test, punching the proper key as soon as the arrows appeared on screen.

Then they repeated that same test more than 200 times in rapid succession, while the arrows shifted directions and each child’s ability to concentrate was sorely strained.

Afterward, the scientists compared the accuracy of the children’s responses during each of the more than 200 trials with the corresponding data from the activity monitors. In effect, they were examining how much and how intensely each child fidgeted every time they punched the key to indicate the arrow’s direction.

They found that the more intensely that the children with A.D.H.D. wiggled and fidgeted — the more ferociously they bobbled their legs — the more accurate their answers were. When these children were relatively still, their responses were much more likely to be wrong, indicating that they had had trouble concentrating then.

Meanwhile, fidgeting had played no discernible role, positive or negative, in the performance of the children without A.D.H.D., most of whom didn’t fidget much anyway.

These results suggest that hyperactivity is fundamentally beneficial for children with attention deficits, Dr. Schweitzer said, and probably developed to help them cope with their inability otherwise to focus.

“Hyperactivity appears to be a mechanism for cognitive self-regulation,” she said. In other words, children with A.D.H.D. may be hyperactive because the physical restlessness helps them to sharpen their mental control.

Of course, this was a small, short-term study, involving only one type of cognitive test.

But its message seems straightforward, if unsettling, for weary parents and teachers who must deal with hyperactive children: let them squirm and fidget and bounce and jiggle and generally maintain that constant, disconcerting restiveness, if you want them also to be better able to concentrate.

The accommodations can be fairly discrete. Maybe install elastic bands beneath children’s desks, Dr. Schweitzer suggested, so that they can pull and play with them in a way that shouldn’t bother other children. Or use yoga balls as chairs, so the children can bounce. Even encouraging them to stand more often may help.