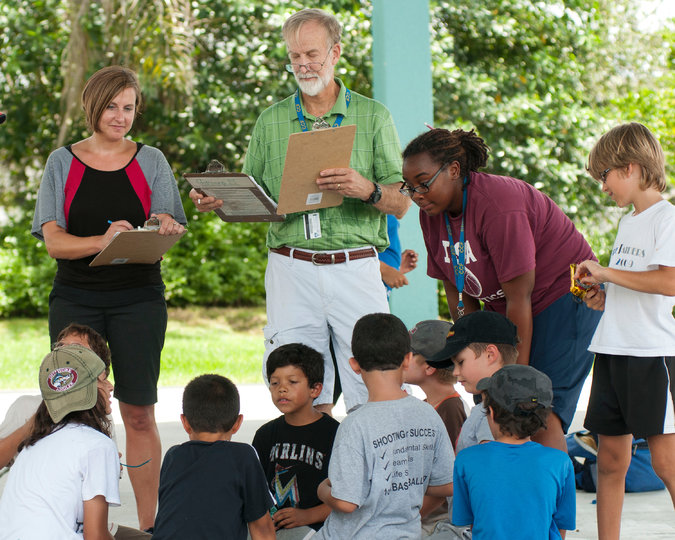 Children with attention-deficit problems improve faster when the first treatment they receive is behavioral — like instruction in basic social skills — than when they start immediately on medication, a new study has found. Beginning with behavioral therapy is also a less expensive option over time, according to a related analysis.

Experts said the efficacy of this behavior-first approach, if replicated in larger studies, could change standard medical practice, which favors stimulants like Adderall and Ritalin as first-line treatments, for the more than four million children and adolescents in the United States with a diagnosis of attention deficit hyperactivity disorder, or A.D.H.D.

The new research, published in two papers by the Journal of Clinical Child & Adolescent Psychology, found that stimulants were most effective as a supplemental, second-line treatment for those who needed it — and often at doses that were lower than normally prescribed.

The study is thought to be the first of its kind in the field to evaluate the effect of altering the types of treatment midcourse — adding a drug to behavior therapy, for example, or vice versa.

“We showed that the sequence in which you give treatments makes a big difference in outcomes,” said William E. Pelham of Florida International University, a leader of the study with Susan Murphy of the University of Michigan. “The children who started with behavioral modification were doing significantly better than those who began with medication by the end, no matter what treatment combination they ended up with.”

Other experts cautioned that the study tracked behavior but not other abilities that medication can quickly improve, like attention and academic performance, and said that drugs remained the first-line treatment for those core issues.

“I think this is a very important study, and the take-home is that low-cost behavioral treatment is very effective,” said Mark Stein, a professor of psychiatry and pediatrics at the University of Washington, “but the irony is that that option is seldom available to parents.”

The study enrolled 146 children with an A.D.H.D. diagnosis from ages 5 to 12 and randomly assigned half on a low dose of generic Ritalin. The other half received no medication, but their parents began attending group meetings to learn behavior-modification techniques.

Behavior modification for A.D.H.D. is based on a fairly simple system of rewards and consequences. Parents reward the good or cooperative acts they see; subtle things, like paying attention for a few moments, can earn a pat on the back or a “good boy.” Completing homework without complaint might earn time on a smartphone. Parents withhold privileges, like playtime or video games, or enforce a “time out” in response to defiance and other misbehavior.

And they learn to ignore irritating but harmless bids to win attention, like making weird noises, tapping or acting like a baby.

The researchers had the children’s parents and teachers rate their behaviors, including recording disciplinary problems. The school evaluation included a “daily report card” describing the child’s day.

Jacqueline Vaquer of Miami and her husband took their son Alec, who received an A.D.H.D. diagnosis at age 5, to a behavior-modification course and learned, among other things, how to reduce his wandering in class.

“We created a boundary around his desk with tape, and the teacher kept track of how often he crossed it,” Ms. Vaquer said. Each week, she said, “if he reduced the number of checks, he got a small reward, like a toy or his favorite dessert — frozen yogurt with M&Ms,” she said. Alec, 6, is now able to sit still for long periods in class and has not gone on medication, his mother said.

After two months, the yearlong study took an innovative turn. If a child had not improved, he or she was randomly assigned one of two courses: a more intense version of the same treatment, or an added supplement, like adding a daily dose of medication to the behavior modification. About two-thirds of the children who began with the behavior therapy needed a booster, and about 45 percent of those who started on medication did.

But the behavior-first group had an average of four fewer rules violations an hour at school than the medication-first group.

One likely reason, the study authors wrote, was parents of children who started on drug treatment were less interested in following up with the behavior classes, which involved eight group sessions over the year and one individualized lesson. “The behavioral modification is a lot of work, and they may have thought, ‘Well, it won’t make that much difference,’” Dr. Pelham said.

In a separate paper, Dr. Pelham and a different set of authors compared the costs of the different treatment sequences, taking into account the price of drugs, doctors’ time and parents’ time.

Having children and their parents begin with behavioral treatment and follow with medication, if needed, cost an average of $700 less annually per child than treatment as usual, in which a doctor writes prescriptions and periodically monitors behavior, the team found.

The analysis did not account for the psychological cost to parents — in terms of a child’s tantrums, slammed doors and hurled tableware — of carrying out behavioral techniques.