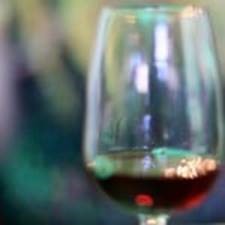 Substance abuse and dependence in bipolar disorder is a huge problem. More than half of people with bipolar disorder also experience substance use disorder. That rate is seven times higher than the United States average. These patients either abuse or are dependent on alcohol, marijuana or illicit drugs like opiates or amphetamines- perhaps even a combination. They also show symptoms earlier than average bipolar disorder patients and are hospitalized more often, making vigilance and treatment imperative.

Drugs and alcohol have profound effects on the brain, changing the way a person thinks and behaves. These substances work with the brain’s reward system by mimicking neurotransmitters involved in reward and pleasure. Intense or prolonged use of these substances can cause permanent changes in the brain, leading to substance use disorders.

Diagnosing substance use disorder depends on 11 criteria from four categories. The more criteria a person meets, the more severe the disorder is likely to be. These categories include:

2 Social impairment (interpersonal and occupational problems due to substance use)

Researchers from the University of Sydney, led by Glenn E. Hunt, recently reviewed research done on bipolar disorder and substance use disorder from 1995-2015. They found several trends of which patients are more at risk.

Of the substances the researchers reviewed, alcohol was the most abused by a significant margin. Between 25-30% of bipolar disorder patients were found to be alcohol abusive or dependent.

Substances such as cocaine, amphetamines, hallucinogens and opiates carried an addiction/abuse rate of less than 10% each.

These drugs not only mimic some of the euphoric symptoms of mania, but can also induce full manic episodes and psychosis.

Substance use disorder affects a greater number of men than women.

Bipolar disorder patients in the United States were more likely to also have substance use disorder, with a prevalence of over 50% compared to rates outside the U.S. at around 45%. Rates in Asia were even lower at around 20%.

Patients should be aware of the additional risks of substance use and abuse when combined with bipolar disorder and work closely with their healthcare workers to make sure they are receiving optimal care for their situation, whether it involves addiction or the potential for addiction.

If you or a loved one are dealing with bipolar disorder and addiction and need assistance, you can find further information and support at Dualdiagnosis.org