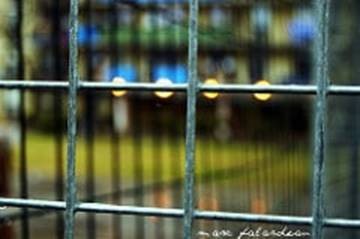 Bipolar disorder is a debilitating illness. There are periods of potentially severe mood swings that can last months at a time. Mania increases risky behavior. Depression is filled with feelings of hopelessness. People with bipolar disorder are 20 times more likely to commit suicide than the general population. Thankfully, it can be treated. There are medications that have been shown to be effective as well as actions patients can take to help stave off episodes. However, patients have problems adhering to their treatments. A new survey attempts to pinpoint why.

Carol Blixen of Case Western Reserve University and her team interviewed 21 people with bipolar disorder regarding their treatment and how they manage their illness. While the sample is small and likely not representative, the insight from these individuals can be familiar to many with bipolar disorder.

In the study, participants were asked questions regarding whether or not they were able to stick to their treatment plan and self-care. This included questions such as:“What sort of things get in the way, or prevent you from managing/taking care of your BD?”

The researchers found three major areas in which people with bipolar disorder found difficulties in continuing their treatment as prescribed.

This category included statements dealing with psychological barriers as well as lack of knowledge about the disorder and other problems with behavior or physical health. One major psychological barrier was stigma. Severe mental illnesses are still looked upon as something to fear. People with bipolar disorder do not want to be treated as pariahs, so some decide to try to behave as though they don’t have the illness, including not taking medication.

One participant stated: “It took a long time for me to take the medicine because I didn’t want to be classified as having a mental illness because I thought I’d be ostracized … If my friends knew that I was taking medicine because I was bipolar, they’ll say I am crazy.”

Lack of knowledge about the disorder itself is also a huge barrier in treating bipolar disorder. Throwing medication at patients without saying why or how it will help gives little motivation to follow through. Education is key in helping people treat mental illness.

Lack of knowledge about the disorder does not just apply to patients. When family members, friends, coworkers or strangers find out about bipolar disorder, they may ostracize the patient. Some will be told that they don’t seem that sick so they must not need the medication. Others will hear comments similar to those in Blixen’s study: “My father thinks I should just get over it, that it’s just in my head. Like I’m making it out to be more than what it is. My father just don’t get it and I don’t think he ever will. He’s just set in his ways and he thinks I’m just stupid and just do these things.”

Individuals with a do not have insurance tend to have longer episodes and worse symptoms. Without that support, people with bipolar disorder may not find themselves able to continue treatment.

Many people with bipolar disorder do not have insurance, and therefore must rely on community healthcare systems, if they are able to find help at all. These facilities often have large turnover rates in staff, leading to a lack of continuity of care for patients that need stability. The appointments themselves often focus solely on medication management, so patients have limited opportunity to form a relationship with their providers. One of the people surveyed summed up their experience as: “I’m looking at her and she’s looking at me and it’s making me feel like I’m really crazy or I don’t know what I’m saying. It’s hard to get them to understand and they just give you you pills, and bye bye! I don’t want your drugs. I just want you to hear me, what I’m telling you!”

These are just a few examples of why people with bipolar disorder have trouble staying with their treatment plan. It’s a complex disorder that requires constant monitoring. Some may not have the ability to do so alone with a multitude of legitimate reasons why. It’s up to communities and families to help those with mental illness so we can stay on track and live the best lives possible.