A Focus on Gender Based Violence

SADAG, in partnership with Janssen, runs a free Counselling Container Centre in Diepsloot. This township is besieged by high rates of crime ranging from common assault to rape, high incidences of teenage pregnancy, substance abuse, unemployment, HIV/AIDS and other psychosocial problems. Resources are scarce and services are limited and unable to meet the needs of this growing township. Click here to read  more about it.

The Counselling Container Centre has entered its 7th year and offers much needed counselling services, Mondays – Fridays from 8h00 – 15h00, to assist with a wide range of mental illness problems such as depression, anxiety, stress, bipolar mood disorder and PTSD. Due to the funding that is provided by Janssen Pharmaceuticals, SADAG is able to offer face-to-face counselling services for free in addition to offering school talks, church talks, community talks, and support group meetings. SADAG has a proactive approach and engages various stakeholders to address the various psychosocial problems that the community members face. It is a community of over 200,000 with no other counselling services. 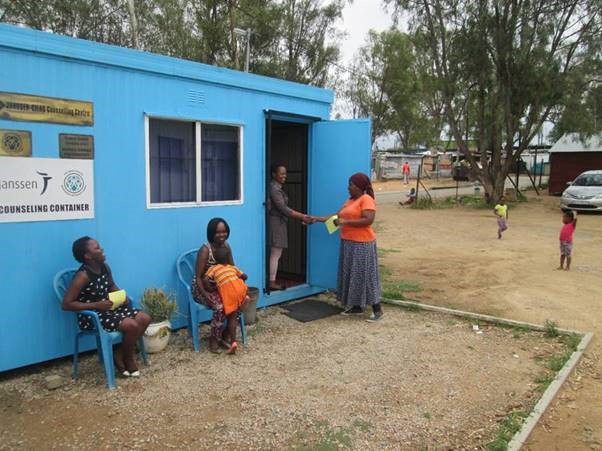 One such problem is Gender-Based Violence (GBV) which has a major impact on the community. This violence affects all spheres of society and is driven by strong patriarchal social norms and power inequalities. Gender inequality leads to violence and the cycle of violence can be traumatic and debilitating to the victim and their family members.

Violence Against Women and Girls (VAWG) is a leading cause of illness and death among one third of women globally. Prevalence of VAWG is alarmingly high in Diepsloot. In the research study that was conducted by Wits University and Sonke Gender Justice in Diepsloot, 2600 men between the ages of 18 and 40 years were interviewed to investigate the causes or beliefs surrounding VAWG. It was found that 56% of men used violence against women. This included physical or sexual violence with a partner as well as sexual violence towards a non-partner. One-third of men spoken to, used both physical and sexual violence against women. A majority (60%) enacted violence multiple times. There are strong beliefs among some men that women are less deserving of respect and decision-making power: 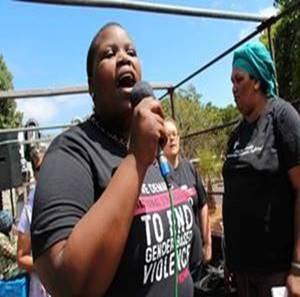 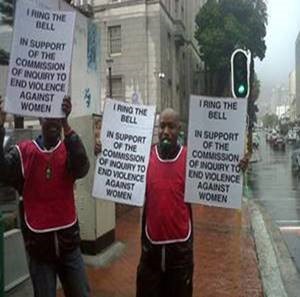 In response to the high incidence of VAWG in Diepsloot, keys stakeholders in the community such as SADAG, LVA, Sonke Gender Justice, Afrika Tikkun and Bhekisisa, decided to address this problem by launching the Vimba Helpline. The helpline, which is unique to Diepsloot, serves to help community members to access help and to report violence and abuse.