The number of adolescents at risk of taking their lives is growing in South Africa‚ professionals warn. 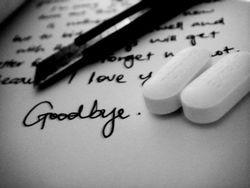 In a bid to raise awareness of this‚ “take a minute‚ change a life” is the theme of World Suicide Prevention Day on September 10.

People need to pay more attention to the hardships of people struggling with mental illnesses and those who may be in desperate need of a caring person – family‚ friends‚ work colleagues — to listen to them.

The Western Cape Mental Health Review Board noted a significant increase in mental health admissions since 2015 of people under the age of 18 who show suicidal behaviour.

“In the past year‚ 30% of the minors who were admitted under the Mental Health Care Act were recorded as a serious risk to themselves‚ either due to self-harm behaviour‚ suicide attempts or suicidal thoughts and intentions‚” said Dr Rene Nassen‚ head of the Child and Adolescent Mental Health Service at Lentegeur Hospital in Cape Town.

The concern is not only about adolescents; the South African Depression and Anxiety Group (SADAG) says there are roughly 23 suicides in South Africa every day‚ with “hundreds of attempts every 24 hours”.

Liane Lurie‚ a clinical psychologist in Johannesburg‚ said the growing number of adolescents attempting suicide can be attributed to a variety of societal concerns‚ among them changing family dynamics‚ financial concerns and cyber bullying.

“There is certainly a lot more attention being paid to suicidal or parasuicidal trends in adolescents. Adolescents crave a social identity that entitles them to group cohesion. Ideas and emotions are shared via social media platforms as opposed to in person and this often means that we’re seeing a lot of copy-cat behaviours.”

She stressed the importance of looking at the situation of each adolescent in context.

“We have to be careful of making generalisations in terms of the causal factors‚” said Lurie. “Each adolescent needs to be looked at holistically. Clinically we may explore whether there has been a history of depression and anxiety‚ self-harm‚ previous attempts‚ exposure to trauma‚ substance abuse and what the adolescent’s general level of coping has been.”

SADAG says 75% of people who commit suicide have given some warning to people close to them.

“Some had made a pact with themselves — that if anyone reached out to them‚ asked them if they were okay‚ they would confide in them‚ in some way hoping someone would intervene‚ would stop them‚ would care enough to notice they’re not okay‚” the organisation said in a statement.

SADAG operations director Cassey Chambers says she hopes South Africans will become more sensitive to the struggles of those around them and offer assistance.

“This World Suicide Prevention Day‚ we’d like for all South Africans to know that they can make a difference in someone else’s life simply by taking a minute to check in with them‚” she said.

If you or someone you know is in need of help‚ call 0800 567 567‚ or send an SMS to 31393 and a SADAG counsellor will call you back. The organisation provides free telephonic counselling‚ information and referrals to support groups‚ psychologists‚ psychiatrists and clinics. Brochures‚ articles‚ self-help tips and videos are available at www.sadag.org