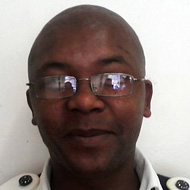 Jeremiah has a passion for helping people. He volunteered at the Family and Marriage Association of South Africa (FAMSA) before getting into contact with SADAG because he wanted to start a support group in Potchestroom. “There was no facilities or social workers in the area for people with a mental illness. People were coming to me for help so I started a support group because I wanted to provide support and guidance to those in need,” says Jeremiah. “In the group, people feel they are not alone and it gives them hope in their struggle.”

Jeremiah has been running his Depression and HIV/AIDS support group since 2003. He says,"It was not difficult to start my group. I got stories in the newspaper and on the radio and explained to people that they need to understand why support groups help."The group initially held two meetings a month in the Potchestroom community hall Library . Yet due to increasing demand, the group now has a meeting once a week on a Thursday with up to 35 people attending. Jeremiah says, “Most of the people who attend my group are depressed due to financial issues and poverty.”

"My group helps people to recover from Depression because it provides them with information and pamphlets, support and encouragement. I tell the group that they must be strong and keep busy by getting involved in the community," says Jeremiah. "I also invite guest speakers such as local priests and doctors to come and speak to the group." He continues to say that sometimes people at the group experience conflict at home and come and speak to him. He helps them by working out a program(ie:conflict resolution) and explains how it works and encourages them to do it every week.

“Running the support group has definitely helped me as a person. Before I started the group, I had no self-confidence. Now I am a strong person, I have gained a lot of skills and I am good at helping people solving their problems,” says Jeremiah.